A Poinsettia global forever stamp will be issued in 2018 for use on international letter mail. 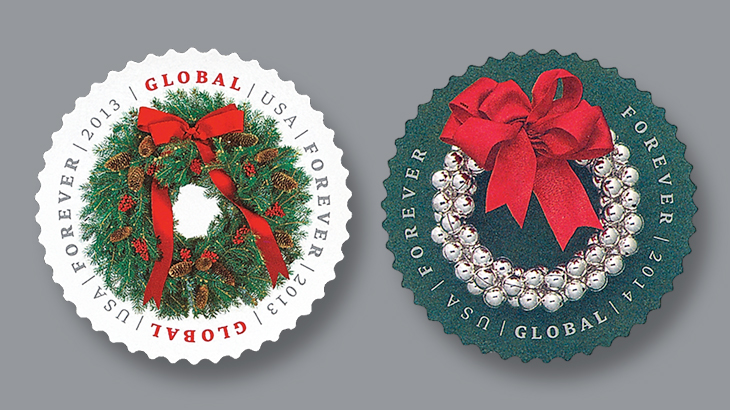 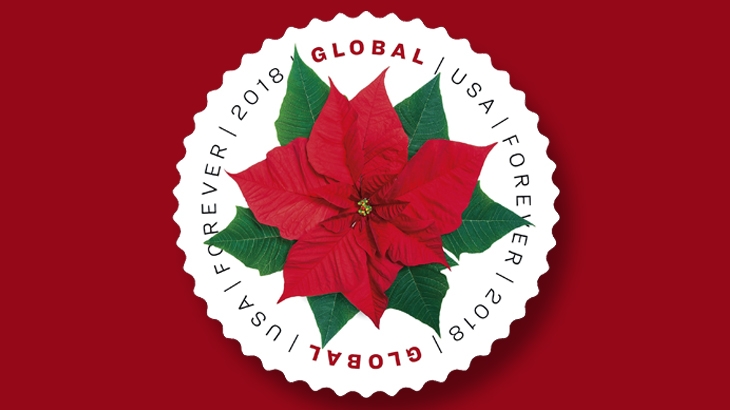 The nondenominated ($1.15) Poinsettia global forever stamp will be issued Aug. 26 in Kansas City, Mo. No first-day ceremony is planned. 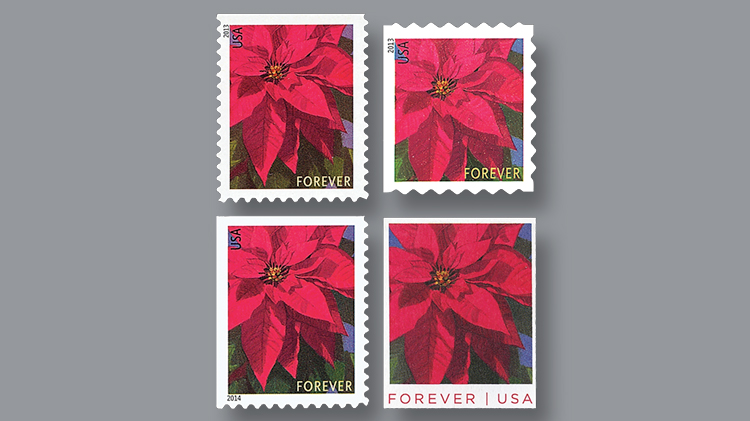 Poinsettia stamp varieties were issued in 2013 and 2014, including the postage on a nondenominated forever stamped envelope (right). 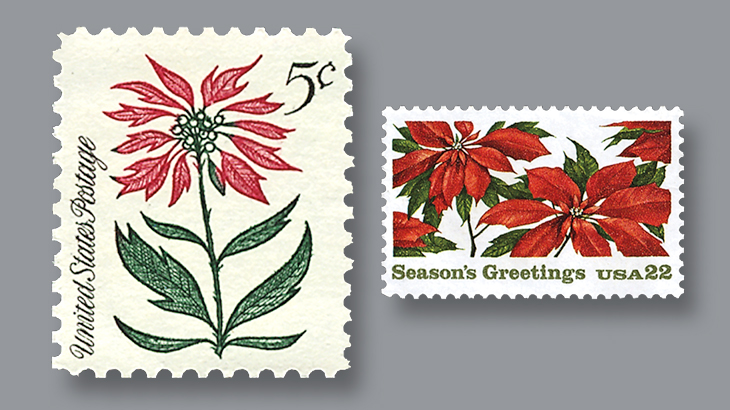 Two U.S. Poinsettia stamps issued in 1964 (left) and 1985 (right) for holiday mail. The poinsettia has long been associated with Christmas.
Previous
Next

The first United States holiday stamp of 2018 is being issued on a Sunday in the heart of summer.

The nondenominated ($1.15) Poinsettia global forever stamp will be issued in a pane of 10 on Aug. 26. The official city of issue is Kansas City, Mo., home to the U.S. Postal Service’s Stamp Fulfillment Services division, but no first-day ceremony is planned.

The Sunday issue date complicates matters for collectors who enjoy buying new stamps on the issue date and obtaining unofficial first-day cancels, as most retail post offices are closed on Sunday, making either endeavor a complicated challenge.

The stamp was designed by Greg Breeding using a photograph of a poinsettia taken from above the plant by Betsy Pettet. William J. Gicker served as art director. Banknote Corporation of America printed the stamps by offset.

The round stamp will be the seventh global forever stamp issued since the first, picturing Earth, appeared Jan. 29, 2013 (Scott 4740).

The poinsettia has long been associated with Christmas, often used to decorate homes and churches during the holiday season.

The U.S. Post Office Department issued a 5¢ Poinsettia stamp in 1964 (Scott 1256) as part of a set of four stamps showing holiday flowers and plants.

The holiday plant returned in 2013 with a Poinsettia design on forever stamps issued in double-sided panes of 20 (Scott 4816), and a slightly cropped image on a pane of 18 designed for dispensing from automatic teller machines (4821). The same design was used the following year for a double-sided pane of 20 with a 2014 year date (4816b), and a forever stamped envelope (U684).

After years of effort, U.S. Diwali stamp finally a reality