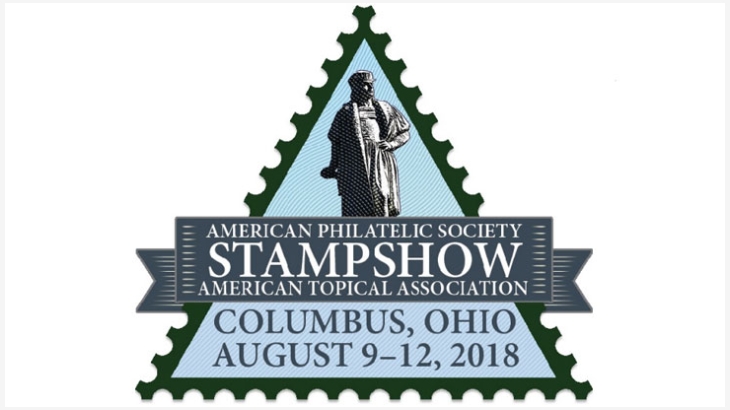 APS Stampshow is the largest annual stamp show and exhibition in the United States and takes place in a different city each summer.

The society reports that the 2018 show will feature more than 100 dealers, plus societies, live auctions, literature and philatelic exhibits, more than 100 meetings and seminars, and first-day ceremonies for new stamps.

The show is free and open to the public at the Greater Columbus Convention Center at 400 N. High St., with the nearby Crowne Plaza-Downtown serving as the host hotel.

On Aug. 8, the day before the stamp show opens, the society will offer its Tiffany Talk and reception at 5 p.m. Wednesday.

This year’s guest speaker is Elliot Gruber, who was named director of the Smithsonian’s National Postal Museum last July. The talk begins at 5 p.m., to be followed by an open-bar reception at 5:30.

A Columbus Stamp Soiree will take place Aug. 9, a fundraising event with the theme of “Shelving the Debt,” to benefit the American Philatelic Research Library.

The dinner will be held at the Ohio Statehouse and includes a tour of the historic building, a reception in the rotunda, and dinner in the atrium. Three levels of support will be available to choose from: patron, sponsor and host.

Exhibiting medals will be awarded Aug. 11 at an event that is open to all.

A reception will take place at 6:15 p.m. following the awards program, with the honors dinner scheduled for 7 p.m.

The dinner includes special recognition for major hobby achievements such as the dealer of the year, the Peterson award and the Luff award.

The show’s major exhibiting awards will be announced as well, including the APS Champion of Champions award for 2018.

Ticket information and additional details will be announced in the APS journal, the American Philatelist, and on the website.

Information about the APS is also available from the society’s website, or write to American Philatelic Society, 100 Match Factory Place, Bellefonte, PA 16823.