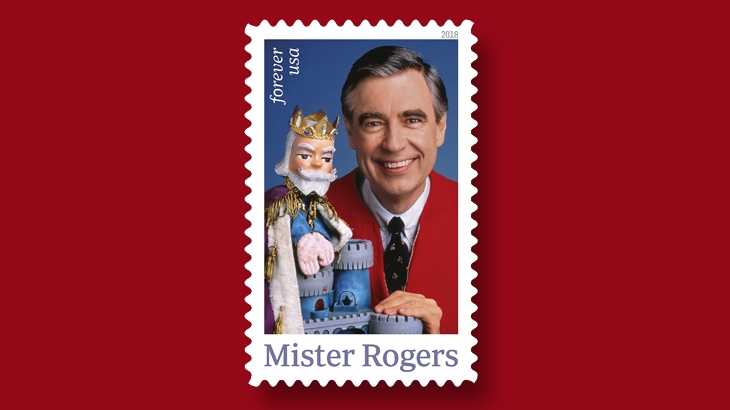 A new forever stamp honoring children’s television innovator Mister Rogers (Fred Rogers) will be issued in panes of 20 on March 23. A first-day ceremony is planned in Pittsburgh, Pa. 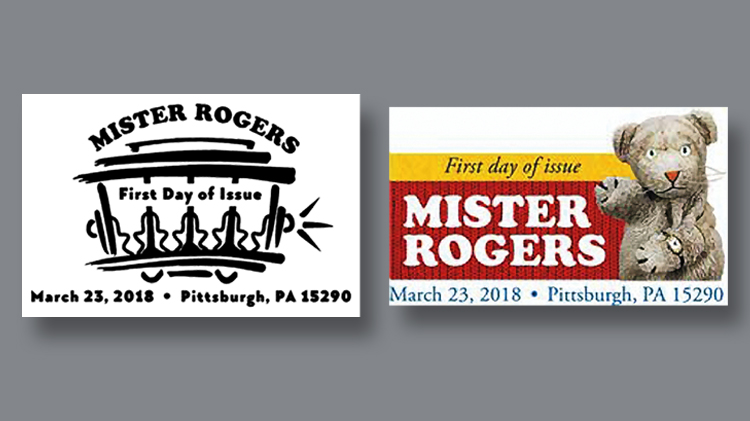 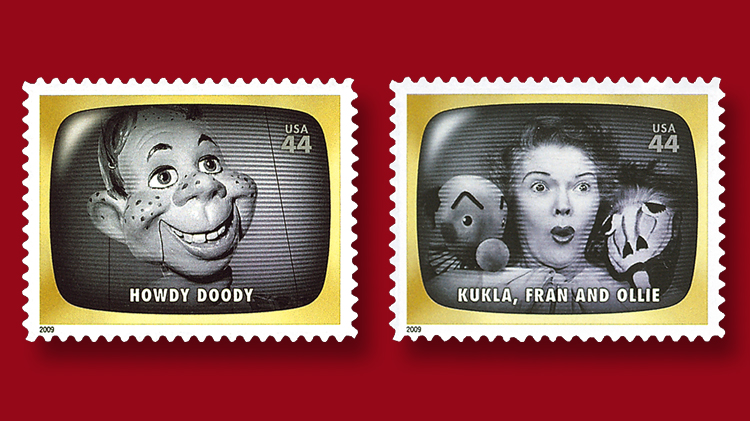 A first-day ceremony for the nondenominated (50¢) stamp will take place at the Fred Rogers Studio at WQED, 4802 Fifth Ave., in Pittsburgh, Pa.

It was at that television studio that Rogers developed and produced Mister Rogers’ Neighborhood from 1968 through 2001, first on the National Educational Television network, and then on the NET successor, PBS.

Admission to the stamp ceremony is free and open to the public. United States Postmaster General Megan J. Brennan is scheduled to participate in the 11 a.m. event, along with additional guests not yet announced.

The stamp celebrates both Rogers and the groundbreaking television series he created and hosted for 33 years, setting a record at that time for the longest-running children’s television series.

The stamp is being issued three days after what would have been Rogers’ 90th birthday. He died of stomach cancer at age 74 on Feb. 27, 2003.

The photograph on the stamp was taken by Walt Seng, longtime photographer for Rogers, and shows the genial and gentle host with King Friday XIII, one of the hand puppets regularly featured on the program.

The king was just one member of an extended cast of puppets that included Queen Sara Saturday, Prince Tuesday, Daniel Striped Tiger, X the Owl, Henrietta Pussycat, Lady Elaine Fairchilde, Cornflake S. Pecially and many others.

The stamps are being issued in panes of 20, printed and processed by Banknote Corporation of America. Press sheets of the Mister Rogers stamp will be sold through USPS Stamp Fulfillment Service. The press sheets have the die cuts that normally separate individual stamps and consist of six unsevered panes (120 stamps), selling at face value for $60.

The total quantity printed is just 12 million, according to information revealed by the Postal Service. It is the lowest print total for any forever stamp issued in the first quarter of 2018.

The stamp honor for Rogers is not the first to acknowledge the significance of children’s television programming.

As part of the 150-stamp Celebrate the Century series, for example, a 33¢ stamp honoring the Sesame Street series with a photograph of the character Big Bird (Scott 3189c) was issued in 2000.

The black and color first-day cancels for the Mister Rogers stamp both feature pictorial elements related to Mister Rogers’ Neighborhood.

The color postmark has a picture of Daniel Striped Tiger wearing his wristwatch.

Fred Rogers was born in Latrobe, Pa., and studied at Dartmouth College in New Hampshire and Rollins College in Florida. After earning his bachelor’s degree in music composition, he married Joanne Byrd; they had two sons, James and John.

After working as a floor manager for NBC television in New York City, Rogers returned to Pittsburgh to work on The Children’s Corner with Josie Carey. Behind the scenes, he developed many of the characters that would appear on his later programs.

In 1963, he began a three-year stint with CBC in Toronto as the on-camera host of Misterogers before returning to Pittsburgh for the last time, where he launched Misterogers’ Neighborhood, a program broadcast on stations in the East.

The national broadcast of the rebranded Mister Rogers’ Neighborhood debuted in 1968 and quickly earned a devoted following.

Rogers introduced each show with a bit of a song he wrote titled Won’t You Be My Neighbor? Along with hosting the program, he was also writer, producer and puppeteer.

His routine to open each show included taking off his blazer and changing into a cardigan sweater, and removing his street shoes to change into comfortable sneakers.

Rogers addressed his audience of preschool and older children with a warm and friendly smile, always speaking slowly and calmly. He would visit places in the neighborhood that would become familiar to regular viewers, and discuss topics of interest to youngsters, sometimes venturing into more difficult subjects such as fear and sadness.

The show would include a visit to the Neighborhood of Make-Believe, populated by puppet friends.

Nearly 17 years after the program ended, Rogers remains an enduring icon in American life, respected for his approach to children’s entertainment and his belief in the capacity of human goodness.

“Fred Rogers was a TV pioneer and a PBS icon,” according to the biographical material published by the Fred Rogers Co. “But his impact has gone far beyond the television screen. His legacy is still felt today in the hearts and minds of children, families, and professionals who continue to be nurtured and inspired by his timeless wisdom.”

Rogers “inspired and educated young viewers with warmth, sensitivity and honesty,” the Postal Service said in its first-day ceremony announcement.

Rogers was inducted into the Television Hall of Fame in 1999, and received the Presidential Medal of Freedom in 2002 from President George W. Bush.

He also received four Emmy awards, including a lifetime achievement award in 1997, and Peabody awards in 1968 and 1992.