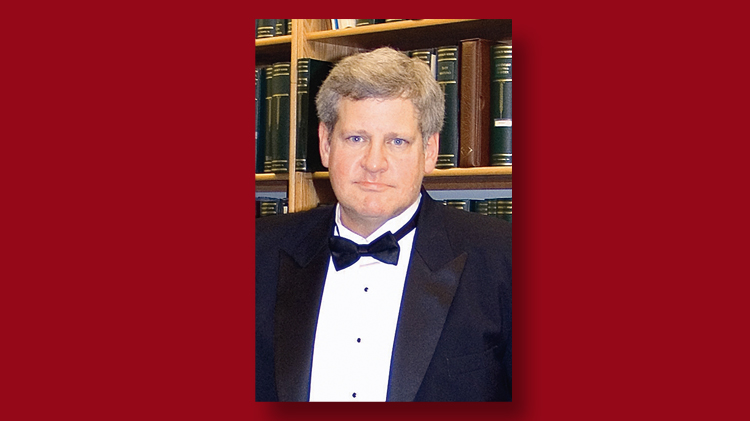 Mercer Bristow, head of the American Philatelic Expertizing Service, has retired after 36 years.

Mercer Bristow, the longtime director of expertizing for the American Philatelic Society, retired at the end of 2017.

A United States Navy veteran and former auction lot describer, Bristow began working for the APS on Dec. 1, 1981, when the society’s headquarters were in State College, Pa. The APS moved to its current location in nearby Bellefonte, Pa., in 2004.

Bristow graduated from Towson State University with a business degree in 1977.

He began collecting at age 11 when his father started saving used postage stamps for him, placing them in a small wooden butter mold. Bristow later developed a specialized collection of Finland.

He became involved in community activities and was elected to a six-year term as a Patton Township supervisor.

Bristow said he has enjoyed the travel opportunities the APS job has afforded him, including visiting different cities while representing the society at stamp shows.

APS Executive Director Scott English told Linn’s Stamp News: “Not only did Mercer serve the APS membership with pride, he leaves two legacies that will have great meaning for years to come.

“He brought several modern tools to the Expertizing Department to allow us to better combat fakes and frauds. His leadership also brought us a Reference Collection of philatelic material that will benefit the APS and the hobby for years to come.

“We will continue these important missions that Mercer started,” English said.

Tom Horn took over as director of APS expertizing on Dec. 6, 2017, while Bristow stayed on through the end of the year as a consultant. He’ll continue to contribute to the APS as a volunteer into the new year.

“It is with mixed emotions that I’m retiring at the end of this year,” Bristow told Linn’s, “but I decided it was time to move on to other things.”

In an APS staff biography composed several years ago, he also reflected on the APS philatelic collections of genuine and forged material that he established and maintained.

“That and what I have accomplished as director of expertizing are what I hope to be my legacy to the hobby,” Bristow wrote.

“I couldn’t find a better group of people than those in philately.”