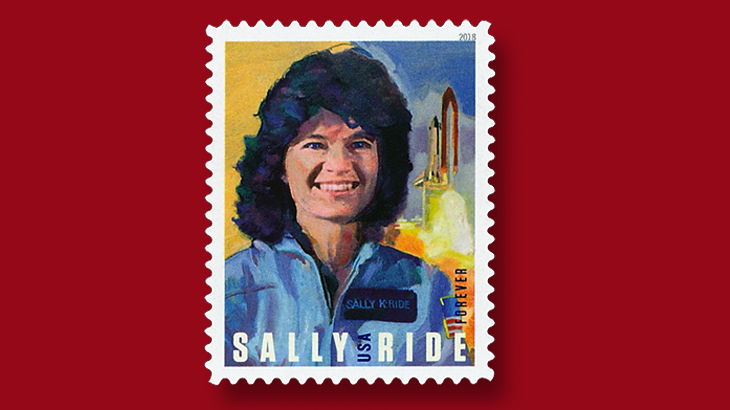 Among the new United States and United Nations stamps to receive Scott catalog numbers this month is the U.S. commemorative issued May 23 to honor stamp collector and astronaut Sally Ride.

The new Scott numbers detailed here are for U.S. and U.N. stamps issued during the past month. New Scott numbers for worldwide stamps are given in the Scott New Listings Update in the expanded monthly issue of Linn's Stamp News.

Among the new stamps to receive as Scott number is the commemorative issued May 23 to honor astronaut Sally Ride. Though best known as the first American woman in space, Ride also collected stamps. Linn’s editor-in-chief Jay Bigalke revealed Ride’s philatelic side in a recent Philatelic Foreword column.

All of the numbers appear in the Catalogue Update section of the July 16, 2018, issue of Linn’s Stamp News. For further information contact Martin J. Frankevicz.