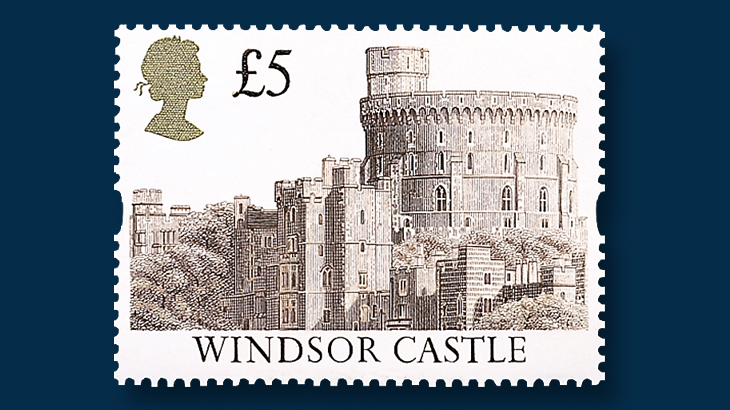 The $1, $2 and $5 stamps each show the statue of Freedom in a different color. The stamps each have the numeric denomination printed in optically variable ink that appears to change color as the viewing angle changes. 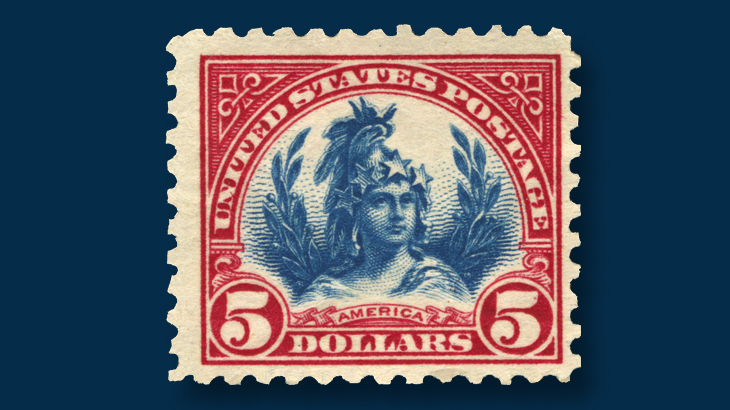 The vignettes of the three new Statue of Freedom stamps are modeled after the 1923 $5 stamp designed by Clair Aubrey Huston of the U.S. Bureau of Engraving and Printing. 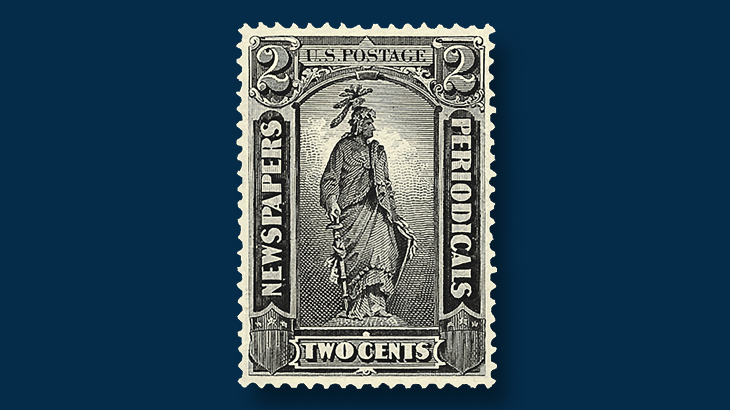 The first U.S. stamps featuring the Freedom statue from the Capitol dome were 1875 newspaper stamps issued in seven denominations.
Previous
Next

The United States Postal Service will issue three high-denomination stamps June 27 that include intaglio printing plus a security element not previously seen on U.S. postage stamps.

The numeric denominations on the $1, $2 and $5 Statue of Freedom stamps will be printed with optically variable ink that appears to display different colors when the angle of viewing is altered.

The color-shifting ink is probably similar to what has been used in recent years to print some numeric denominations on U.S. currency in denominations of $10 and greater.

Banknote Corporation of America is printing the three new stamps in a combination of offset and intaglio printing. Instead of employing a line engraving created in steel by an artist with an engraving tool, the Postal Service has recently reproduced digital designs mechanically for its intaglio stamps.

The new stamps each feature the same illustration of the face on the statue of Freedom that stands at the top of the U.S. Capitol dome in Washington, D.C. The vignette on each stamp is printed in a different color: the $1 in emerald green, the $2 in indigo and the $5 in brick red.

The central illustration is based on a stamp vignette designed nearly 100 years ago by Clair Aubrey Huston of the U.S. Bureau of Engraving and Printing. That design was line engraved by John Eissler of the BEP and featured on the $5 carmine and blue Head of Freedom Statue stamp issued in 1923 (Scott 573).

On that earlier stamp, the name “AMERICA” is printed on a slightly arching banner directly below the portrait of the statue. That design was reproduced in 2006 as part of a set of three stamps commemorating the Washington 2006 World Philatelic Exhibition (Scott 4075).

The $1 Patriotic Waves stamp is still available from the USPS Postal Store at https://store.usps.com, as is the $10 Waves of Color stamp.

The $2 Inverted Jenny stamp, issued in 2013 in a pane of six (Scott 4806), has not been taken off sale and is still available at some post offices.

The statue of Freedom was designed by Thomas Crawford and cast in bronze. It was installed atop the Capitol dome on Dec. 2, 1863.

On the occasion of the statue’s 150th anniversary, Kathleen Wunderly researched its history and wrote about its numerous appearances on U.S. stamps and postal stationery for an article published in the Dec. 16, 2013, Linn’s Stamp News.

While the use of optically variable ink is new to U.S. stamps, it has been used before on stamps from other countries. The queen’s silhouette on Great Britain’s 1992-95 set of high-denomination Castle stamps, for example, is printed with optically variable ink that appears to change color from green to gold.