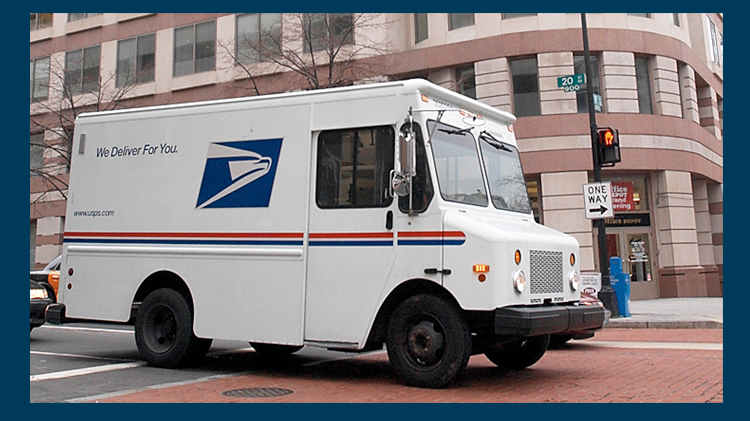 And she should know first hand.

According to the Washington Post, Trump has directly confronted the postmaster general over the discounted postage rates the Postal Service has granted the Seattle-based company and other large package mailers, telling Brennan she should double their postage bills.

According to the May 18 article in the Washington Post, three unnamed people have reported that Trump had “multiple conservations” with Brennan last year and this year over the Amazon rates that he has attacked repeatedly in tweets.

The Washington Post article illustrated how strongly the president feels about the postage discounts.

It also shows how he has rejected the efforts of Brennan and others to assure him that the Amazon contracts are in the best interest of the Postal Service, which is suffering billion dollar loses of first-class mail.

The article made clear that Trump has not been swayed.

It said his April 12 executive order for a study of the troubled agency’s finances was the culmination of his insistence in changing the Postal Service’s secretive discount mail policies.

“For more than three years, Trump has fumed publicly and privately about the giant commerce and services company and its founder Jeffrey P. Bezos, who is also the owner of The Washington Post,” the article said.

Business writer Jason Del Rey, who has covered Amazon for the Recode website, concluded after the Washington Post article that “There still might not be anything that can slow Amazon down. But it now looks as though Trump is trying harder than we previously knew.”

The article noted once again that some White House officials believe the newspaper’s critical articles about Trump may have inspired his anger toward Bezos and Amazon.

The paper also disclosed that Brennan and Trump have met at the White House “several times, beginning in 2017 and most recently four months ago” to discuss the dispute. None of the meetings were announced, nor was there any indication of movement by either the president or Brennan.

The postmaster general believes the Postal Service is obligated to carry packages for Amazon at discounted rates approved by the Postal Regulatory Commission, her aides have made clear.

Trump has insisted he is right that the rates give Amazon an unfair advantage over other merchants and must be raised.

“I am right about Amazon costing the United States Post Office massive amounts of money for being their Delivery Boy,” Trump declared in an April 3 tweet.

“Amazon should pay these costs (plus) and not have them bourne by the American Taxpayer. Many billions of dollars. P.O. leaders don’t have a clue (or do they?)!”

Some mail industry executives are troubled by the schism between the president and the Postal Service.

“Our postal system is badly in need of a comprehensive evaluation,” Kearney said, citing the task force the president has named to study the agency and its financial problems.

“Everyone who wants a successful postal system for years to come should root for comprehensive solutions.”

Michael Plunkett, president of the Association for Postal Commerce, said the president’s comments have put Brennan “in a very difficult spot.”

Although the Postal Service is an independent federal agency, it is part of the executive branch, which the president heads, Plunkett noted.

Gene del Polito, who for 32 years headed the Association for Postal Commerce, composed of major mailers, has become something of an authority on the way postal rates are established.

Without naming Trump, del Polito said he plans to tell a Lexington Institute conference in Washington, D.C., on June 15 that the way postal rates are established must be changed.

“If the Postal Service is to have even a chance of surviving, its methods of determining and assigning attributable and institutional costs must [be] reformed to remove distortions that have resulted from increasingly anachronistic costing and pricing methods,” he will say during the conference.

“Simply put, if market-dominant mail volumes and revenues continue to lessen, unless the law is radically changed, the U.S. Postal Service will no longer survive,” he plans to say.