What do you suppose this scout is thinking? 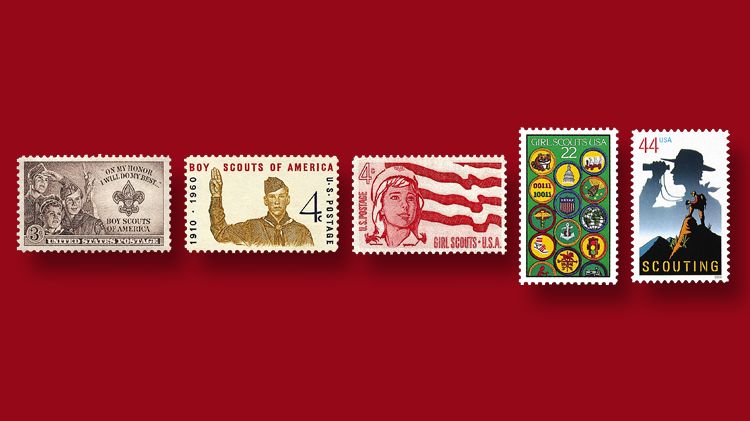 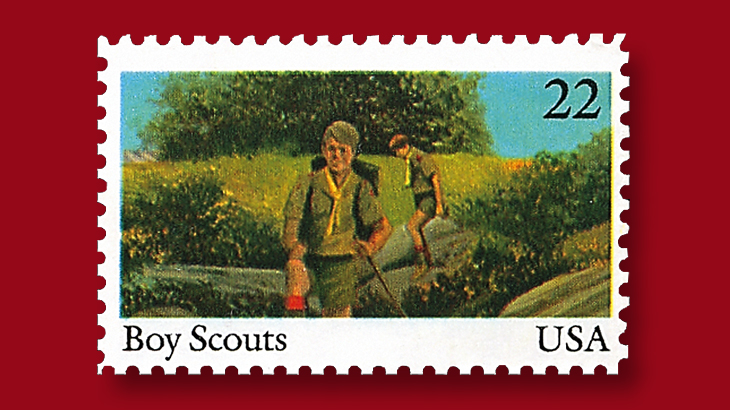 The cartoon caption contest stamp for July is the 1985 22¢ stamp showing Boy Scouts on a hike. What do you think the scout with the backpack might be thinking or saying about philately, the issues of the day, or another subject? The rules to enter the con
Previous
Next

As a former Boy Scout (New Delhi, Troop 1, Cobra Patrol, 1955-56) I have followed the news as the organization has been subjected to the culture wars of the last dozen years.

It seems the wars are over, and the Boy Scouts have seen the wisdom in surrendering unconditionally. Scouting will never be the same, a situation that disgusts some and pleases others. Also, it will alter how postal services deal with future stamp designs related to scouting.

Over the years, the U.S. Post Office Department and its successor the U.S. Postal Service have honored scouting and its organizations on about a dozen stamps.

The Boy Scouts stamp from that issue (Scott 2161) brings back memories of hikes in India.

That stamp will be the cartoon caption contest stamp for July.

Put yourself in the scene, carrying a backpack full of all the things you need to “be prepared,” and tell me what you think the scout might be saying about philately, the issues of the day relating to scouting or other political issues, or other matters.

To be considered for the prizes, entries must reach me no later than July 27.