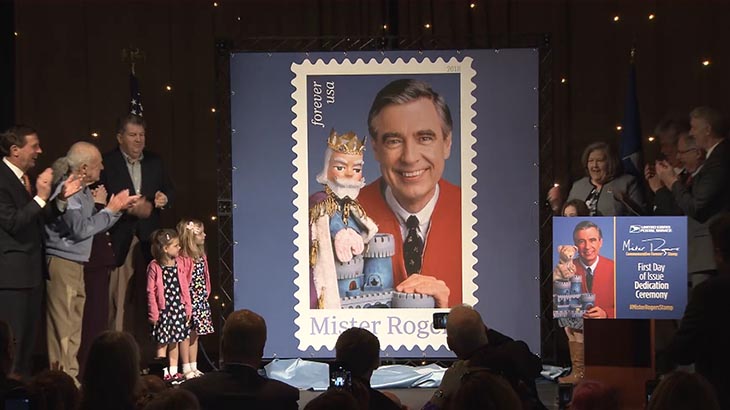 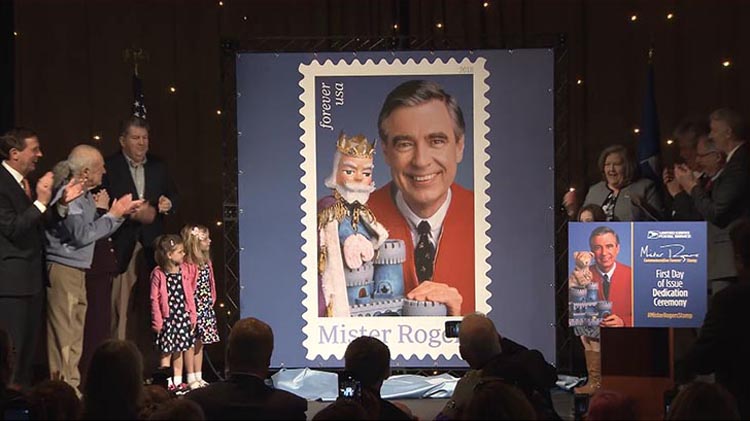 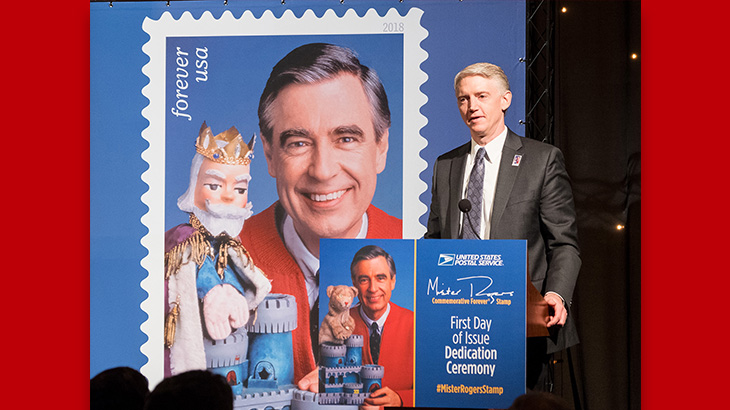 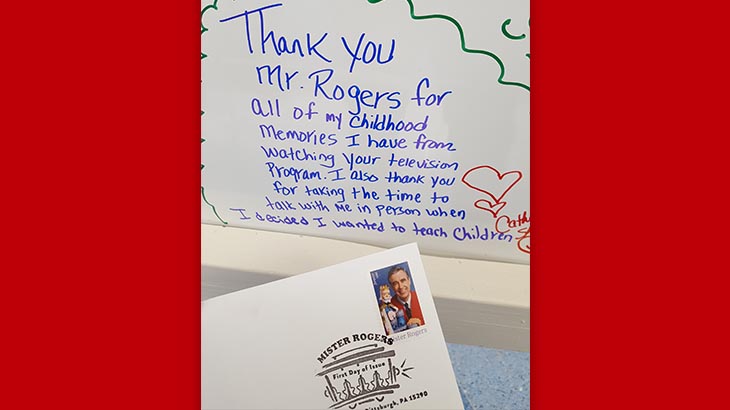 Travelers coming through the Pittsburgh airport could leave words of love and gratitude for Mister Rogers on message boards. Photo by Daniel Afzal, U.S. Postal Service. 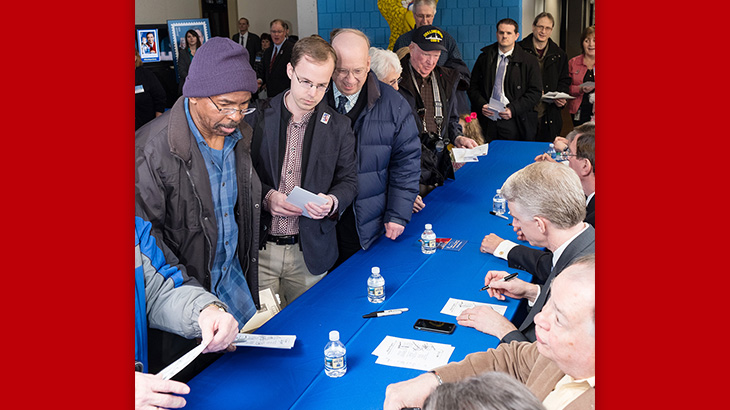 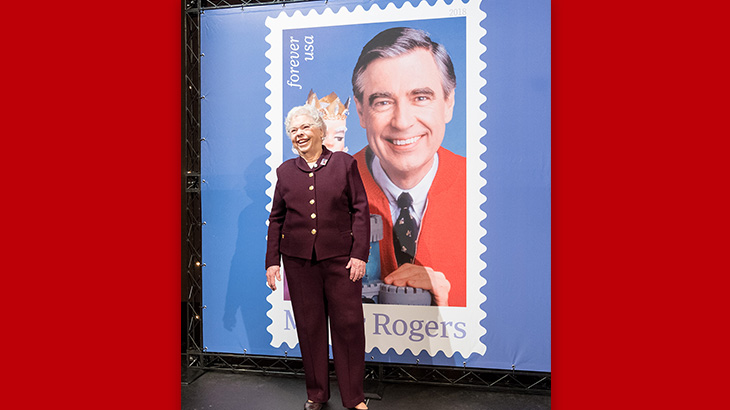 The event took place at WQED’s Fred Rogers Studio, in the same space where Rogers invited viewers to be his neighbor during his popular show Mister Rogers’ Neighborhood, starting in 1970 through 2001. (The series began in 1968; the first three seasons were filmed at a different building just down the road from the Fred Rogers Studio.)

“This big room has some incredible history,” said WQED’s Rick Sebak in his opening remarks, shortly after the familiar voice of Rogers and the piano welcomed everyone with the Won’t You Be My Neighbor? tune.

Sebak, the master of ceremonies, recognized Rogers’ family members in attendance, including Fred’s wife, Joanne Rogers, and sons John and Jim. Members of the cast and crew of the television show were also applauded.

“Fred Rogers had an uncommon sense of how young children absorb ideas about civility and morality,” Brennan said. “The gentle voice, the slow pace, the sense of security, gave us the unmistakable feeling that Mister Rogers was a friend. It’s a feeling shared by our nation and it’s why we honor him today.”

Rogers passed away at the age of 74 in 2003 of stomach cancer, but his words were present at the dedication ceremony. Siefken read Rogers’ own thoughts on the mail as written in the introduction of his book, Dear Mister Rogers.

“Just as our program is a television visit, the mail is a letter visit,” Siefken read. “It gives me a way to know my neighbors as real people, and to make a more personal connection with them.”

WQED’s Cunningham compelled the audience to take a Fred Rogers stamp and write and send a letter in the mail to someone special, just as Fred would do. The audience was invited to share photos on social media with the #MisterRogersStamp hashtag.

The nondenominated (50¢) forever stamp was issued in a pane of 20. For more information on the stamp set, and the history of the long-running show, see Celebrating Fred Rogers March 23 with a forever stamp and 50 years of 'Mister Rogers' Neighborhood' show.