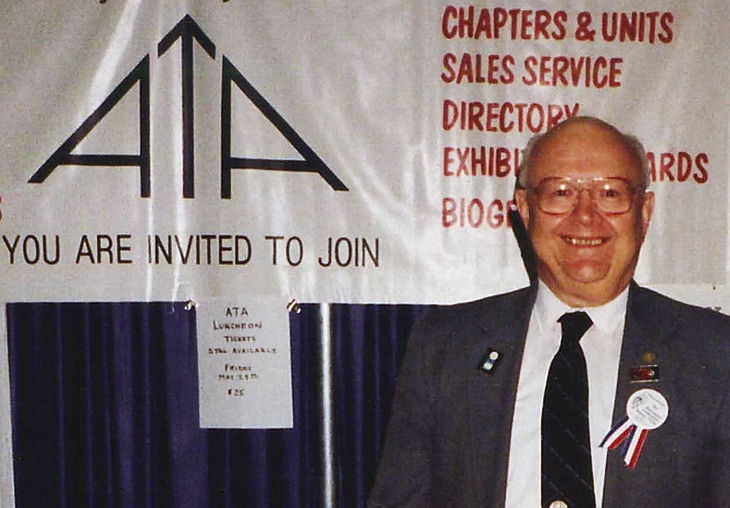 Jerome D. “Jerry” Husak, who organized like-minded topical collectors and created the robust association where they share their knowledge and interests, died Feb. 22 at age 86.

A tireless leader who was the undisputed father of organized topical philately, Mr. Husak founded the American Topical Association in 1949 while still in his teens.

As a beginner collector he was drawn to collecting stamps for the subject represented in the design, rather than the country of issue.

Efforts to research topical collecting, however, yielded little in the way of results.

“There must be others like myself that are looking for guidance in forming a topical collection,” he mused in a 1959 article he wrote about the founding of the ATA. “Why don’t we get together and share our information through a united body of topical collectors?”

The Milwaukee, Wis., high school student began by solidifying his collector contacts and placing announcements in the philatelic press.

Working out of his parents’ home, he sought to balance his work supporting the growing organization with his everyday schoolwork responsibilities.

The ATA is also the second largest philatelic organization in the United States, following only the American Philatelic Society.

Mr. Husak, naturally, was designated as ATA member No. 1 and served as the executive secretary from its beginnings until 1984. He continued on the ATA board of directors until retiring in 2008, when he was awarded the honorary title of director emeritus.

He founded the ATA journal Topical Time and was its editor from the first eight-page Winter 1949 issue through the 92-page January-February 1977 issue, though he continued to work with the editorial board as executive editor.

He also edited various ATA handbooks that were compiled and contributed by collectors, and he organized the annual ATA convention, the National Topical Stamp Show.

He worked with George Griffenhagen on an ATA handbook to provide introductory guidance for the topical collector. Together they also wrote and published the book Adventures in Topical Stamp Collecting, which was revised in an expanded second edition in 1997 and is still available from the association.

Because of his great efforts to support and strengthen organized topical collecting, Mr. Husak was awarded the ATA’s first Distinguished Topical Philatelist award in 1952, as well as the APS Luff award for exceptional contributions to philately in 1994.

Despite the responsibilities of leading the ATA, Mr. Husak graduated from high school and attended Marquette University, earning a Masters of Business Administration in 1958 and completing a thesis on the marketing of postage stamps.

He met Sally Vogel in 1955, and they married the following year. She survives him.

Donations in memory of Mr. Husak can be made to the American Topical Association.

In his 1959 article, Mr. Husak wrote: “Our biggest satisfaction came from helping others, gathering and disseminating information on topical stamp collecting, and the fulfillment of our 1949 aims — the mutual cooperation among members for the betterment of all.”