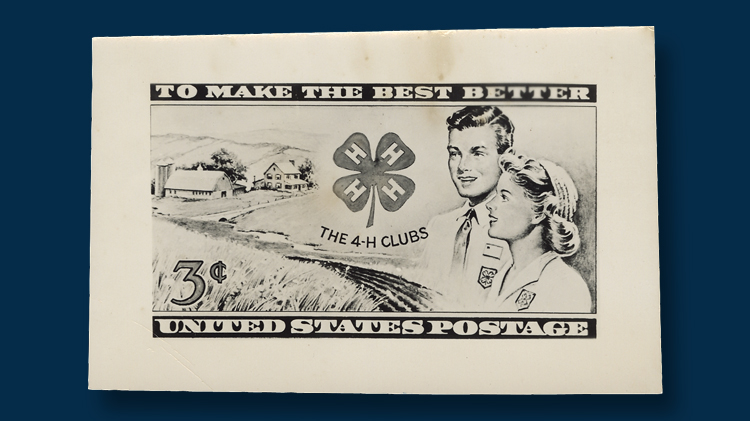 This photo essay for the design of the 3¢ 4-H Club commemorative stamp, issued in Jan. 15, 1952, was approved by the postmaster general in December 1951. Only small alterations were made to the design before printing. 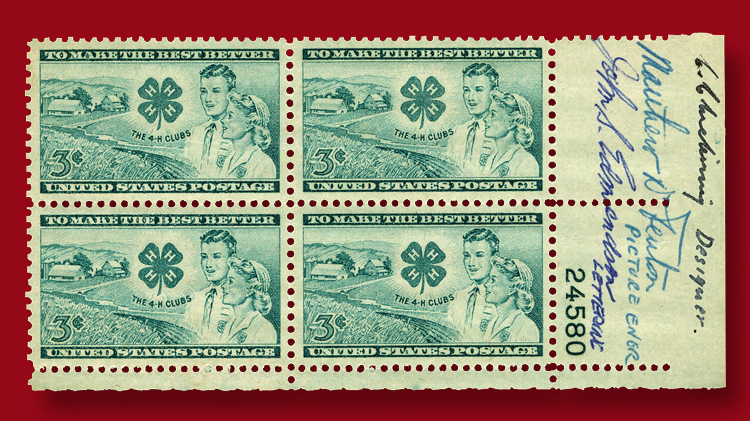 The plate block of this United States 3¢ stamp issued in 1952 for the 50th Anniversary of the 4-H club movement has been autographed by the designer, and the engravers of the picture and lettering. 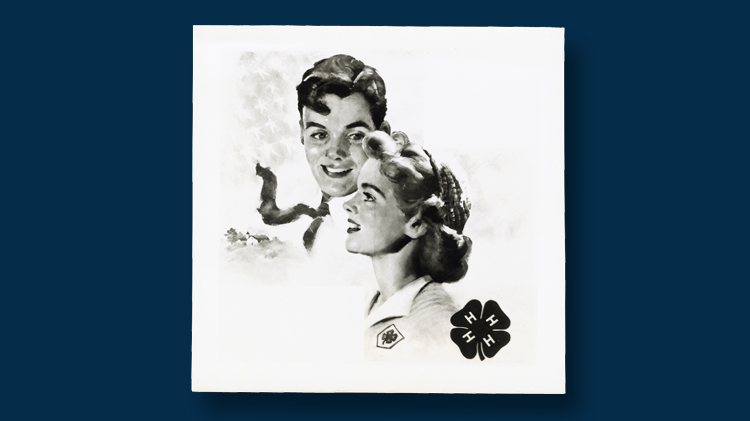 A 4-H club poster was used as the design source for the teenage boy and girl included in the design of the 1952 3¢ commemorative stamp. Per usual practice, the images of the individuals were altered for use in the stamp design. Who are the boy and girl wh
Previous
Next

Also pictured with this column is a preliminary photo essay of the stamp. The essay it is quite close to the final version; several of the features have been strengthened, and “the 4-H clubs” under the four-leaf clover has been given a white margin.

The essay is handstamped “Approved” on the reverse.

What interests me most about the stamp’s design are the images of the teenage boy and girl. They are modeled from the painting shown nearby, which had been used on a 4-H club poster.

I believe that the teenagers were painted either from real life or from a photograph, but their identity — if known — has never been revealed.

In keeping with the Post Office Department’s practice at the time, the designer undoubtedly was instructed to alter the images so that no one could claim that they were pictured on the stamp.

Compared to the painting, the young man shown on the stamp no longer looks at the girl, his tie is straight, and his hair has been changed. The facial features of both young people have been altered, especially those of the boy.