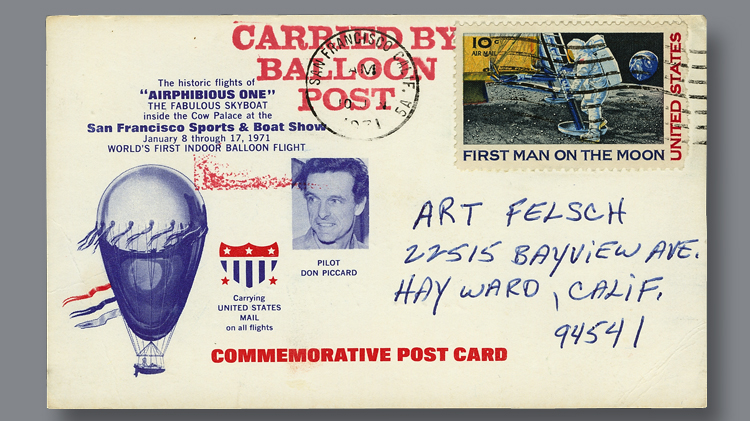 An indoor aquatic balloon post makes this 1971 cover quite unusual. 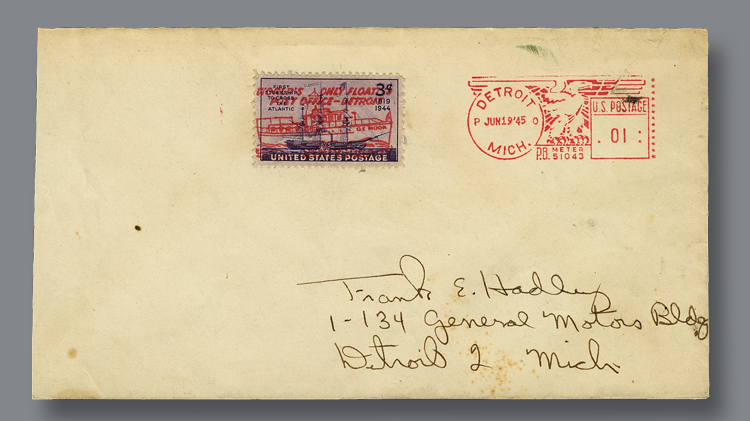 The 1945 meter message placed squarely on the stamp on this 1945 cover reads, “World’s only floating Post Office — Detroit.” 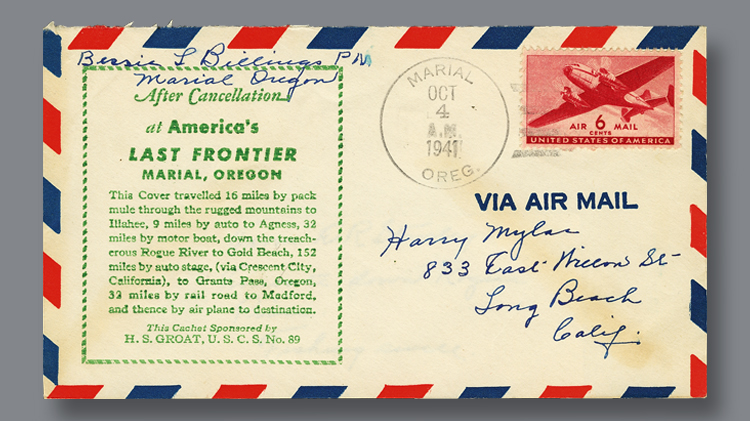 According to the explanation on the cachet, this 1941 cover sent from Marial, Ore., was carried by pack mule, automobile, motor boat, train and plane. 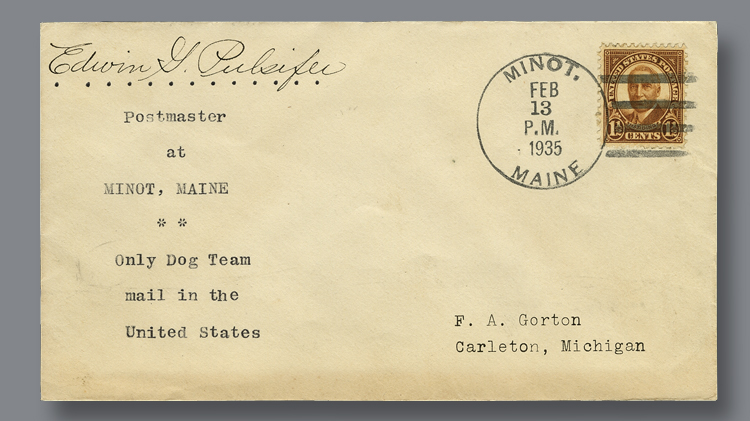 Given that Alaska was not yet a state, perhaps we can credit the “Only Dog Team mail in the United States” claim on this 1935 Maine cover.
Previous
Next

I have discussed unusual methods of moving the mails in previous U.S. Stamp Notes columns in Linn’s. I listed all the methods known to me in the most recent of these columns, Linn’s, May 23, 2016.

If you would like a copy of that column, email me.

Since that last update two years ago, I have received additional reports. Some of them included covers that documented the method.

My favorite is the Marial, Ore., cover with the cachet that reads, “After Cancellation at America’s LAST FRONTIER Marial, Oregon This cover travelled 16 miles by pack mule through the rugged mountains to Illahe, 9 miles by auto to Agness, 32 miles by motorboat, down the treacherous Rogue River to Gold Beach, 152 miles by auto stage, (via Crescent City, California), to Grants Pass, Oregon, 32 miles by rail road to Medford, and thence by air plane to destination.”

Next is a dubious claim, represented by a 1935 cover from Minot, Maine, that says, “Only Dog Team mail in the United States.” Given that Alaska was not yet a state, perhaps we can cut the claim a little slack.

Balloon post is not a new listing, but the postcard shown here is unusual. A normal balloon post takes off from terra firma; in this instance, the flight’s origin was aquatic.

The cachet reads: “The historic flights of ’AIRPHIBIOUS ONE’ THE FABULOUS SKYBOAT inside the Cow Palace at the San Francisco Sports & Boat Show. January 8 through 17, 1971. WORLD’S FIRST INDOOR BALLOON FLIGHT.”