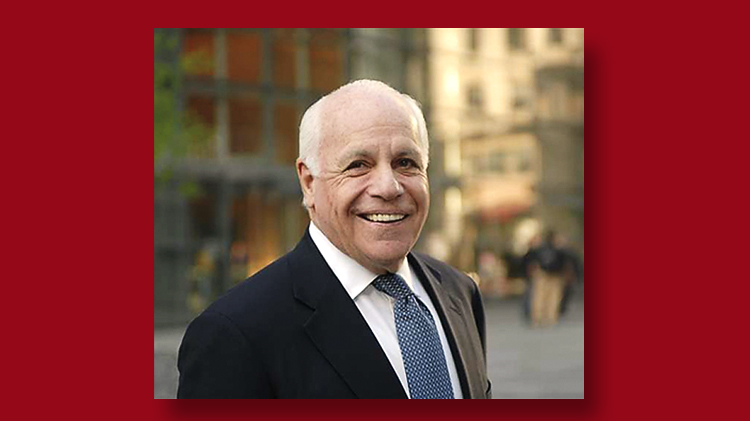 Philadelphia lawyer S. David Fineman served from 1995-2005 as chairman of the United States Postal Service board of governors.

“No one is overseeing the postal system. It is a rudderless ship.”

Those are not the words of President Trump, who has emerged in recent months as the leading critic of the United States Postal Service.

Those are the criticisms of a former chairman of the Postal Service Board of Governors.

The April 24 comments of Philadelphia lawyer S. David Fineman, who served on the postal board from 1995 to 2005, are the latest indication of how troubled some of the Postal Service’s traditional allies have become over the agency’s continuing sea of red ink.

While some major mailing associations have endorsed the president’s plans for a task force to study the Postal Service — including Trump’s concerns over retailer Amazon’s package rate — several groups have voiced alarms that the independent Postal Regulatory Commission might raise postal rates by as much as 40 percent over a five-year period.

“There is no precedent for an organization in any industry that succeeded through exorbitant prices increases in the face of weakening demand,” said Linda Thomas Brooks, president of the Association of Magazine Media, citing declining mail volume.

The association, which represents a large number of magazines, said the rumored increase could kill some publications. The sports media conglomerate ESPN has said it would abandon mailing its sports magazine, ESPN The Magazine, if sharply higher rates are enacted.

The Alliance of Nonprofit Mailers has warned that many of its members would reduce their charitable services if mailing costs soar under the PRC proposal.

“This proposed rate hike will not only harm these organizations, but the millions who depend on their services,” said Stephen Kearney, the alliance’s executive director.

In an April 30 statement from the Association of Magazine Media, Brooks also charged that the threat of higher postage costs for magazines ignores “the fundamental fact that USPS management is to blame for the magazines’ situation.”

Fineman’s formula for helping the Postal Service out of its financial problems is relatively simple.

He wants Trump to nominate more people to the board of governors so it will have enough members for a quorum.

The Senate has not approved any nomination to the board in eight years and the last board member left in December, Fineman noted.

The Postal Service “was profitable and can still be profitable,” he said.

“The Postal Service should not be a political football, Fineman said, “We should move ahead with providing needed oversight of the system.”

The magazine group’s statement contained some of the most pointed criticisms of Postal Service’ management, saying the agency’s suggestions that magazines do not pay their fair share of postage costs “is completely due to USPS’ decrease in efficiency.”

In fact, it said periodicals are “over contributing to the efficiency” of the Postal Service by sorting magazines by ZIP codes and driving them in private trucks to post offices near their readers’ addresses.

“USPS is the only partner in the magazine production/delivery ecosystem whose costs have increased in recent years,” the association said.

The magazine group’s statement said more than 90 percent of the Postal Service’s losses in the past decade have resulted from a mandate from Congress that the agency must “prefund” the costs of its retirees’ health programs.

“In total, more than $340 billion area already set aside in the U.S. Treasury for retiree benefits,” it said. “This is enough to cover decades of retiree benefits for postal employees.”

It blamed the PRC for “proposing only one solution — much higher postage rates” and added that approach will either force businesses out of the mail or push them to find “alternative, cheaper and more stable distribution methods.”

Jim Asselmeyer, president of the Alliance of Nonprofit Mailers, said the idea of raising postage rates as much as 40 percent over five years “would lead to a mass exodus from the mail.”

In an April 24 press release in which Alliance of Nonprofit Mailers endorsed the president’s executive order establishing a task force on USPS, Meta Brophy, who preceded Asselmeyer as president, warned that the presidential commission may be “placing the objective of ‘financial stability’ above all others without analysis of the potential impact on volume.”

“Reduced volume would greatly exacerbate financial instability,” she said, urging the presidential commission to get “some fresh input” on ways to help the Postal Service, but “not just by extracting higher rates from captive customers.”

Asked to comment on the magazine association’s charges, USPS spokesman David Partenheimer referred to a previous Postal Service comment stating that the agency continues to believe it’s current price cap is “unnecessary because there are alternatives in the marketplace to every product that we offer.”

“Therefore market conditions and business realities will inform an constrain our ability to raise prices,” he said.

The price cap limits annual increases to no more than the rate of inflation.