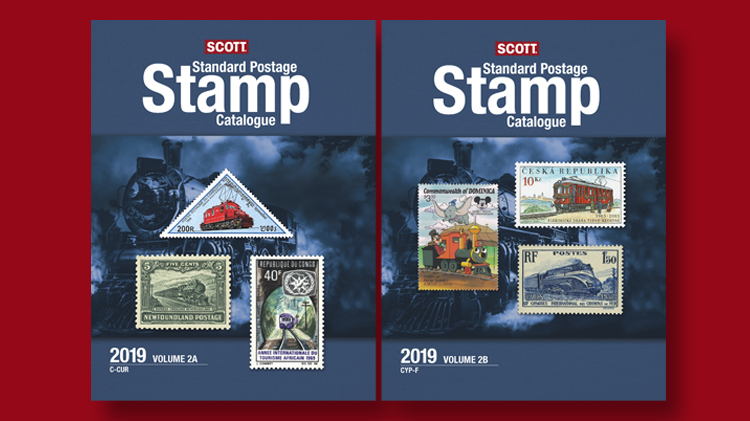 During every catalog season, each country’s listings are reviewed against our advisor input and market trends.

This year, time allowed for a complete examination of Cayman Islands, which resulted in more than 700 value changes.

With few exceptions, values drop for stamps issued through 1999.

Just short of 1,000 value changes were made following a complete review of Chile. In the postage section, scattered increases and decreases are seen for issues through 2001. Increases predominate for stamps issued during 2002-08.

For the People’s Republic of China, the editors focused their attention on the issues of 1950 through early 1980. Almost 1,800 value changes were recorded, the majority of which are increases.

More than 750 value changes were made in the Colombia listings. In the postage section, modest increases are seen for stamps issued during 2000-09.

A line-by-line review of Cuba yielded more than 2,400 value changes. Increases dominate among issues of the republic, while a mixture of advances and declines marks the revolutionary government issues.

Editorial enhancements for Vol. 2A

Canada: New errors and new listings have been added for complete booklets. There are two new error listings in Newfoundland and nine in Canada.

Perhaps the most interesting new errors are Newfoundland Scott 248b, a recently discovered imperforate-between vertical pair of the 1938 7¢ Queen Mother Mary stamp, valued at $1,000 unused; and Canada 338b, a unique block of 10 containing five imperforate-between vertical pairs of the 2¢ Queen Elizabeth stamp, valued at $25,000.

Chile: The 1894 postage due listings have been clarified and expanded to include minor numbers for both handstamp types on horizontally formatted and vertically formatted stamp paper.

Speaking of Gomez, imperforate error pairs of the two 1936 airmail stamps honoring his 100th birth anniversary go into the 2019 catalog as Scott C22a and C23a, each with a value of $100 unused.

Among modern postage issues, five se-tenant multiples previously overlooked are now listed. The 1992 Latin America History sheet of 20, which includes the four strips of five already listed, is Scott 3466a.

Czechoslovakia came under careful scrutiny, which yielded more than 2,800 value changes. Declines are the norm for all periods, although there are a few scattered increases and new values for footnoted items.

Careful attention was paid to the listings for Dominican Republic, which generated more than 1,350 value changes. Increases predominate over decreases, and the advances are particularly noticeable for stamps issued from early 2000 through late 2016.

Almost 90 value changes were made among the listings of the Persian Gulf sheikdom of Dubai, exhibiting a mixture of increases and decreases.

A blend of increases and decreases also characterizes the almost 750 value changes in Estonia. Substantial jumps are seen among the Russian stamps handstamped “Eesti Post” for provisional use in Tallinn in 1919 (Scott 8-26).

The Falkland Islands fell under the editors’ watchful eyes, resulting in more than 1,000 value changes. Almost without exception, values are down across the board.

The almost 1,500 value changes in Fiji are concentrated in postage issues from 1938 through early 2006. Declines predominate, although there are a few sets that rise in value.

Editorial enhancements for Vol. 2B

Dominican Republic: New photographs have been added to help collectors identify the two types of the 1915 2-centavo olive green and black stamps.

Fiji: Six new major numbers and 13 new minor numbers were added to the listings of the surcharged Bird definitive stamps of 2007-17.