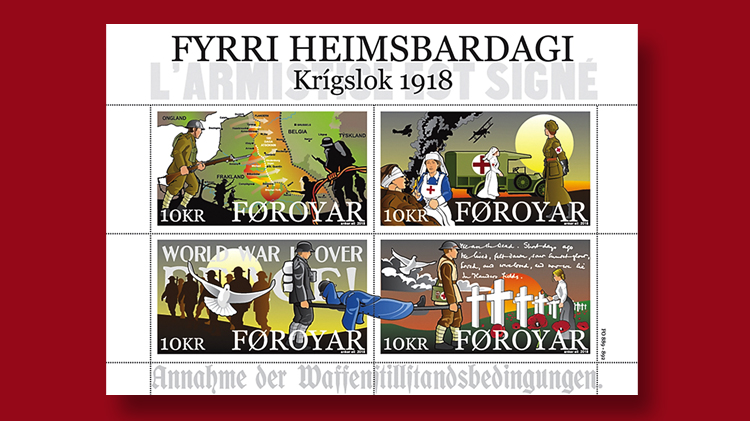 Faroe Islands honored women in war and other subjects on its souvenir sheet celebrating the 100th anniversary of the signing of the WWI armistice.

The stamp in the upper left shows soldiers and a map representing 1918 battles, and the design in the upper right shows some of the roles of women in the war.

According to Posta Faroe Islands, it pictures Canadian and Belgian nurses and an ambulance driver from Great Britain’s First Aid Nursing Yeomanry (FANY).

Posta Faroe Islands says of the image linking these two designs: “Two soldiers, one English and one German, carry a stretcher with a French soldier from one stamp to the other. The question [is] of whether the young man will be among those who returned home, or those who stand in the silent white rank.”