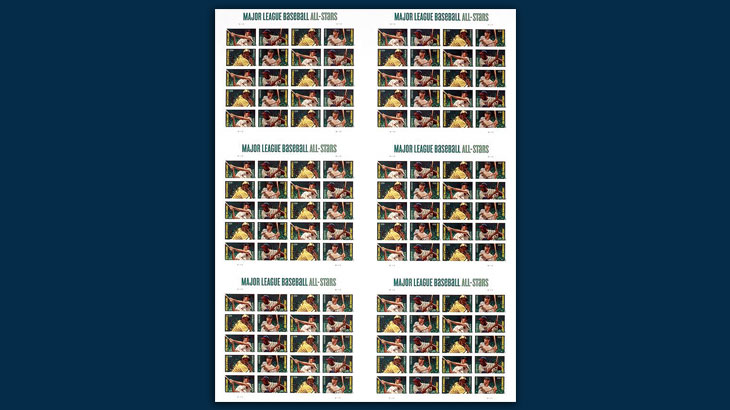 It is a question I continue to hear from collectors: “Has the United States Postal Service officially stopped selling press sheets produced without die cuts?”

The first of such press sheets were issued in July 2012, for the Major League Baseball All-Stars stamps (Scott 4694-4697). The last stamp to be offered in imperforate uncut press sheets was the Chinese New Year stamp issued Feb. 5, 2016 (Scott 5057).

Since then, Linn’s has repeatedly asked the USPS about the fate of these sheets.

In late 2016, we were told that the program was being looked at and that a determination was to be made by the end of the year. With the exception of a couple of brief statements that did not specifically mention the imperforate uncut press sheets, this statement was followed by silence.

I finally hit a breaking point and decided to ask the Postal Service about the subject again.

“At this time, we are not producing and selling press sheets without die cuts; however, this does not mean we will not consider offering these products in the future.”

So there we have it. A little closure for the story, but one ripe with a possibility of these sheets being offered again.

The no-die-cut press sheets were indeed popular with collectors, but limited quantities and sellouts before the issue dates caused collectors to criticize the program.

Linn’s will continue to stay on top of this story and share what we can when something new is announced. In 2012, the United States Postal Service issued the first of the no-die-cut press sheets, honoring Major League Baseball All-Stars.