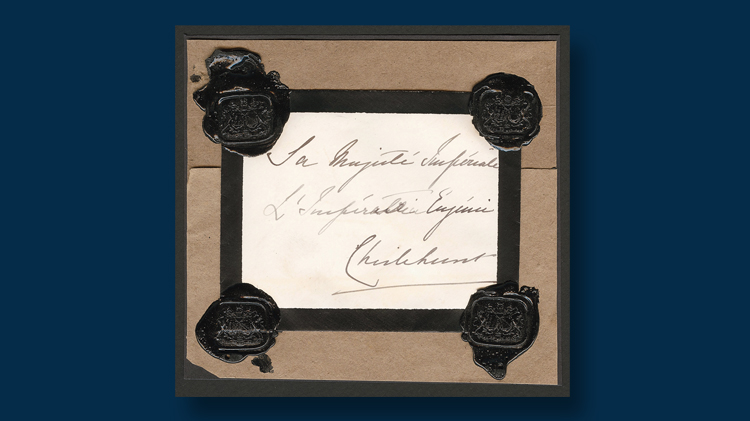 The Nov. 12 issue of Linn’s Stamp News just landed on the presses and goes in the mail to subscribers Monday, Oct. 29. And if you subscribe to Linn’s digital edition, you’re at the head of the line with early access Saturday, Oct. 27. Here are three previews inside the issue.

In Great Britain Philately, Matthew Healey explores a collection of Anglo-Zulu War items compiled by Alex Haimann. The one-of-a-kind compilation was built gradually through dogged sleuthing and includes objects not typically thought of as belonging in a philatelic collection or exhibit.

The nation of Papua New Guinea is the eastern neighbor of Indonesia, situated just north of the northern tip of Queensland, Australia. The early history of Papua New Guinea is such that it has been represented by different stamp-issuing entities, and many of the stamps issued for the region were made by applying overprints to previously printed stamps. Janet Klug has the details in this week's Stamps Down Under column.

There aren’t too many examples in United States philately where the same design was used a second time for a different stamp many years later, but two stamps that make the point most dramatically are the 2¢ Lexington and Concord stamp of 1925 (Scott 618) and the 10¢ stamp of 1975 (Scott 1563). See The Odd Lot column by Wayne L. Youngblood for the full story.

A cover with 55 Marshall stamps: Inside Linn’s