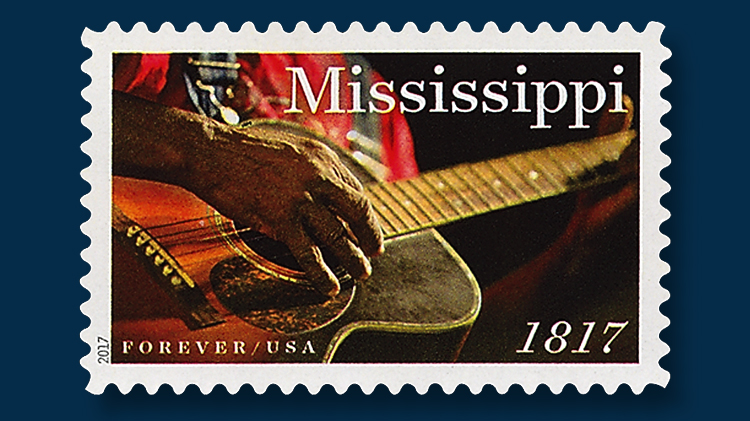 A United States forever stamp honoring the 200th anniversary of Mississippi Statehood received the Yehudi Menuhin trophy after being voted the most popular music stamp of 2017. The poll is conducted by Motivgruppe Musik, the International Philatelic Music Group. 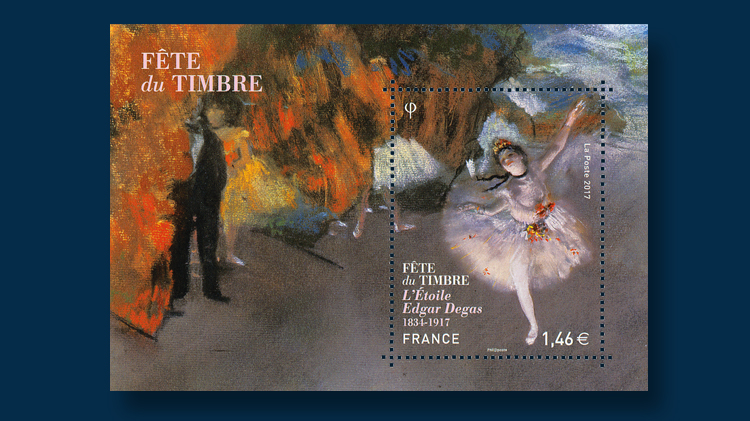 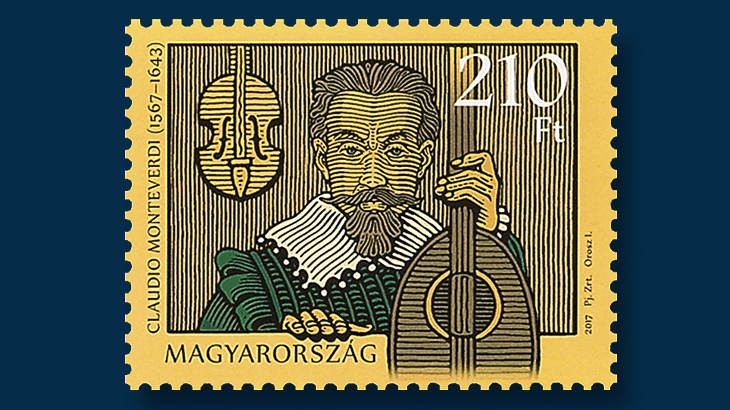 Coming in second place in the popularity poll for the best music stamp of 2017 was Hungary’s commemorative stamp celebrating the 450th birth anniversary of Claudio Monteverdi.
Previous
Next

The United States Postal Service’s forever stamp commemorating the 200th anniversary of Mississippi’s statehood took the top prize in a poll for the most popular music stamp of 2017.

The award, the Yehudi Menuhin trophy, went to Greg Breeding, the designer of the stamp.

Breeding’s design was based on a 2009 photograph by Lou Bopp showing the hands and guitar of blues musician Jimmy “Duck” Holmes, according to the press release from Motivgruppe Musik (International Philatelic Music Study Group) announcing the winners of the poll.

Coming in a close second place was a Hungarian stamp marking the 450th birth anniversary of Italian composer Claudio Monteverdi, who was one of the pioneers of opera.

Istvan Orosz designed this 210-forint stamp, which was issued March 6, 2017, in a pane of four (Hungary Scott 4416). Additional string instruments are shown in the selvage.

Coming in third place was a French stamp featuring Edgar Degas’ painting L’Etoile (The Star) of a ballerina on stage.

Motivgruppe Musik has conducted an annual poll to determine the most popular music stamp of the year since 1980. The trophy is awarded in memory of violinist and conductor Yehudi Menuhin (1916-99), who was the patron of the Philatelic Music Circle from 1969 until his death.

Motivgruppe Musik was founded in 1959. Affiliated with the American Topical Association and the German Philatelic Society, it has approximately 250 members in 35 countries. For information, visit its website.