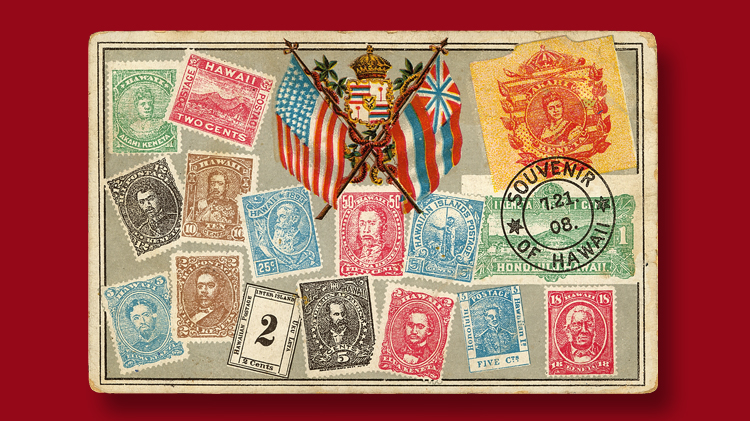 Figure 2. The simulated cancel on the front of this postcard dates the presentation of Hawaiian stamps and postal stationery as 1908. Per an inscription on the reverse, it was sold in Honolulu. 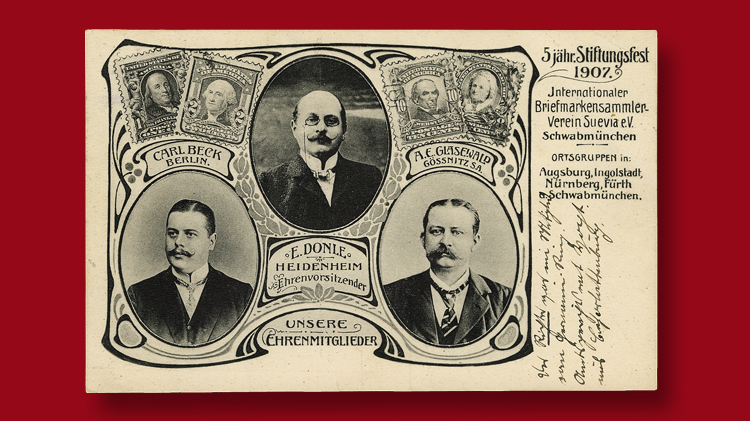 Figure 1. This German postcard, used in 1920 and mentioning a stamp event of 1907, features the illustrations of four stamps of the United States 1902-03 definitive series (shown at the top part of the postcard). 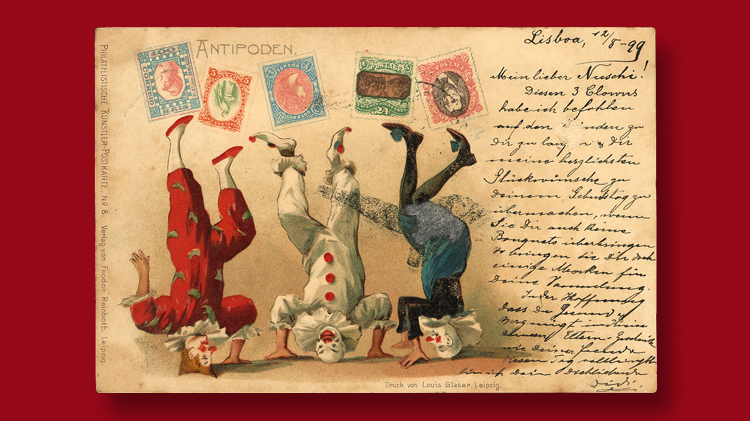 Illustrations of United States stamps can be found on postcards from the early days of the 20th century.

With thanks to friend Bob Toal, who deals in stamps, covers and postcards in the Washington, D.C. area, I have three examples to share here that are new to me.

Figure 1 depicts a black-and-white postcard used from Berlin in 1920, although it appears to be a souvenir of a 1907 stamp club event.

The card pictures three distinguished-looking gentlemen who are labeled (in German) as the honorary chairman and two honorary deputies overseeing the event. But it is the illustrations of four U.S. stamps that first caught my eye.

The postcard in Figure 2 is addressed, but unused. The simulated cancellation on the front reads, “Souvenir of Hawaii, 7.21.08.”

In addition, this card depicts 16 designs from Hawaii issues of 1853 to 1899, including two items of postal stationery. The stamps are not great reproductions, but easy enough to match up with catalog illustrations.

Inscribed in tiny text on the address side of this card is “Published by the Island Curio Co., Jan Steiner, Honolulu — Germany.”

As colorful as the Hawaii card is, it is eclipsed by the postcard in Figure 3. Dated 1899, it was sent from Lisbon, Portugal, to Vienna, Austria.

The card celebrates stamps with inverted centers and features three clowns standing on their heads, juggling five inverts with their feet.

Starting on the left, the bi-color inverts are from Brazil,

Toal rates this card as rare, but it is the only way I am going to own these two U.S. inverts.