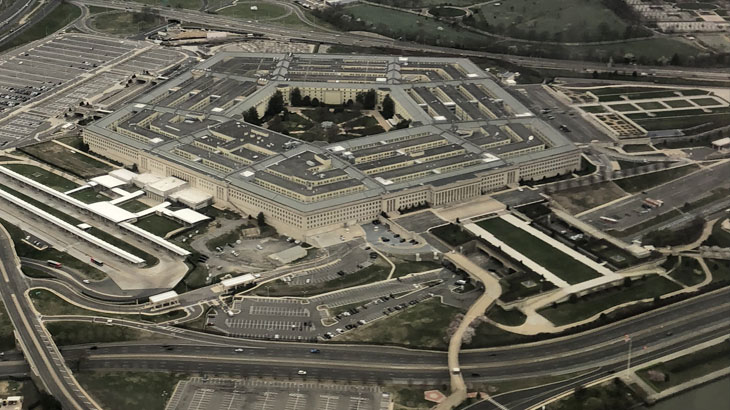 The two Pentagon letters were discovered at a facility located on the Pentagon compound in Arlington, Va., but not in the main building, according to a Pentagon spokesman. Photo by Jay Bigalke.

A former Navy sailor was arrested in Utah Oct. 3 as part of an investigation into letters sent to the president and the Pentagon which included the substance from which the poison ricin can be derived, according to news accounts.

The U.S. Attorney’s office in Salt Lake City announced that William Clyde Allen III of Logan had been taken into custody and said he would be charged with violating federal laws.

A Pentagon official said that two of the letters sent to Defense Secretary James Mattis and Chief of Naval Operations Adm. John Richardson were found not to contain ricin, as initially feared.

Instead laboratory results showed the letters included castor seeds, which can be used to make the poison, the spokeswoman said.

A third letter was sent to the White House Oct. 1, but all three of the envelopes were discovered at mail-screening facilities in Washington, D.C., before they could be delivered.

The two Pentagon letters were discovered at a facility located on the Pentagon compound in Arlington, Va., but not in the main building, according to a Pentagon spokesman.

The Secret Service intercepted the letter addressed to President Donald Trump, reporting that “the envelope was not received at the White House, nor did it ever enter the White House.”

Television news crews photographed federal officers conducting a raid in Logan and confiscating items. Logan served in the Navy from 1998 to 2002.