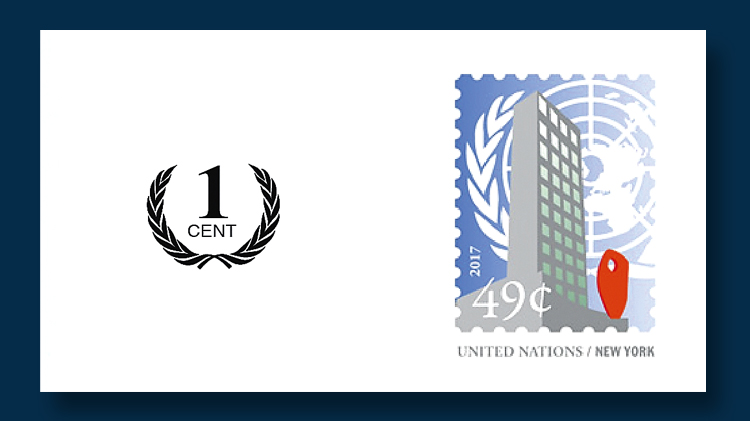 The United Nations Postal Administration issued surcharged postal stationery items earlier this year for use from its post offices in New York City and Vienna, Austria. The UNPA also has a post office in Geneva, Switzerland.

The surcharges were needed because of rate increases by the United States Postal Service and Austrian Post, according to the announcement in the UNPA’s bulletin for collectors, Fascination (No. 127).

A surcharge of “1 cent” inside a semicircle of laurel leaves was added to two UNPA/New York 49¢ postal stationery envelopes originally issued April 13, 2017 (Scott U38 and U39), to meet the new U.S. domestic rate of 50¢. The surcharged envelopes were issued May 25.