The Pentagon and philately 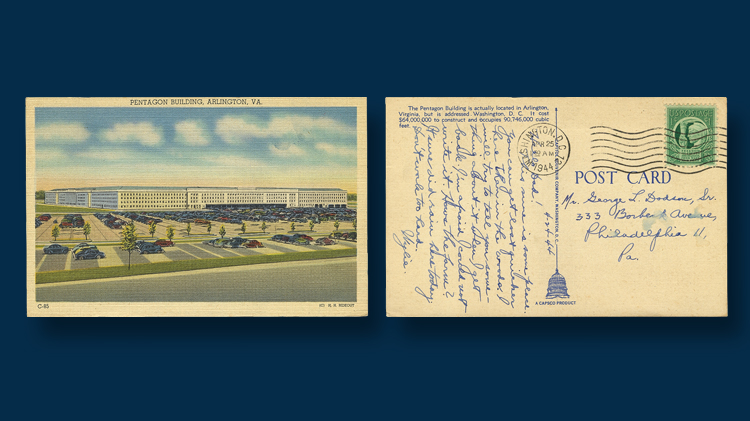 Figure 1. Picturing the Pentagon, this 1944 postcard was sent by a new employee who wrote, “You can get lost quicker here than in the woods.” 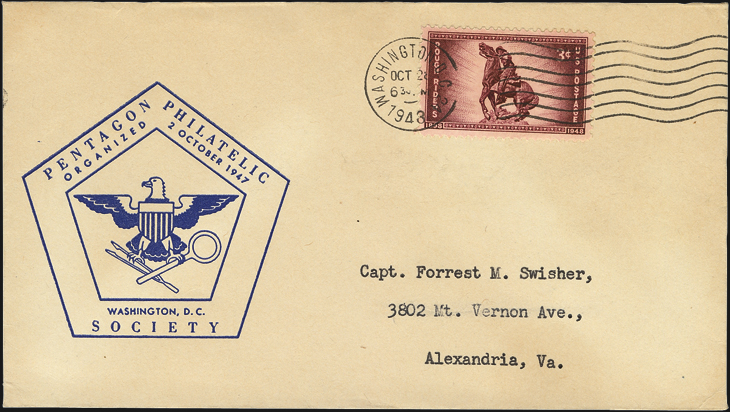 Figure 3. The Pentagon Philatelic Society was formed in 1947. This cover, canceled Oct. 28, 1948, celebrates its first anniversary. 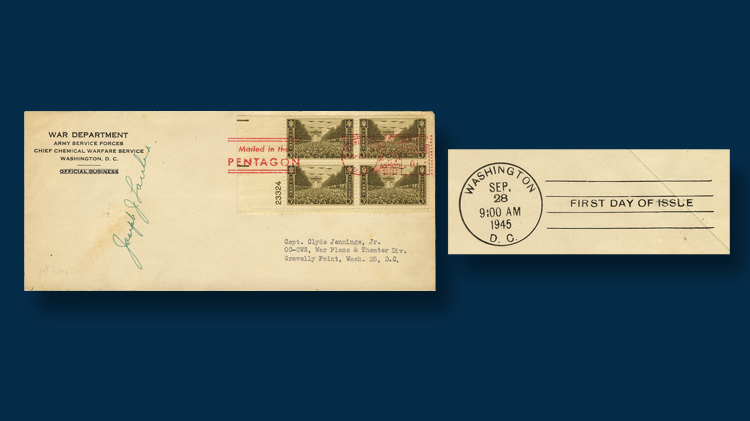 Figure 2. Addressed to Clyde Jennings Jr., this first-day cover for the 1945 3¢ Army stamp bears a meter imprint that reads “Mailed in the Pentagon.” The first-day-of-issue handstamp is on the reverse of the envelope.
Previous
Next

The Pentagon cost $87 million to build in 1943 dollars, a significant cost overrun from the $35 million planned.

Approximately 23,000 military and civilian employees and another 3,000 nondefense support personnel work in the Pentagon today.

How did the Pentagon appear to employees in its early years? The April 1944 postcard from a new employee to his family in Philadelphia gives us a hint: “This sure is some place. You can get lost quicker here than in the woods. I will try to tell you something about it when I get back. I’m afraid I could not write it.”

The postcard is shown front and back in Figure 1.

The Pentagon has six ZIP codes and its own post office. At one time, it had its own meter machine that placed a “Mailed in the Pentagon” imprint on mail.

The 1945 cover is addressed to Capt. Clyde Jennings Jr. (1916-2006), one of the great stamp collectors of the second half of the 20th century and one of my mentors in the hobby.

It is actually a first-day cover for the 3¢ Army stamp, and as shown in Figure 2, it has a first-day-of-issue hand cancellation on the reverse.

There also was a time when the Pentagon had its own stamp club. According to the cachet on the cover shown in Figure 3, the Pentagon Philatelic Society was founded Oct. 2, 1947. The cover is canceled Oct. 28, 1948, shortly after the society’s first anniversary.