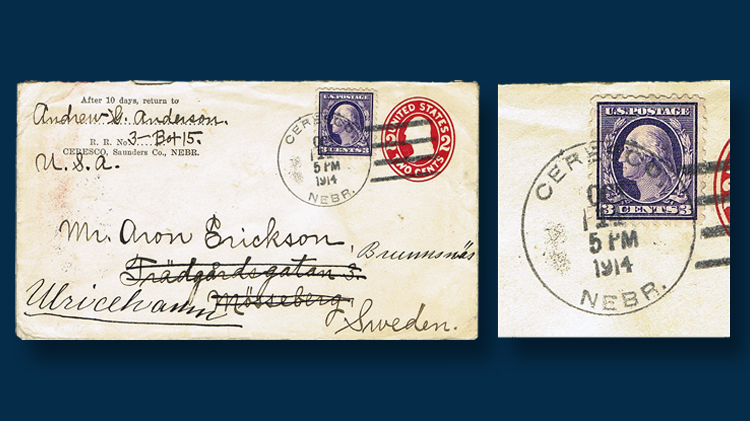 Figure 1. The date of this cancel on this cover was misread by one set of expertizers. But even after correction, it will still be the earliest-known use of Scott 426, the 3¢ perf 10, type I, Third Bureau Issue George Washington stamp. 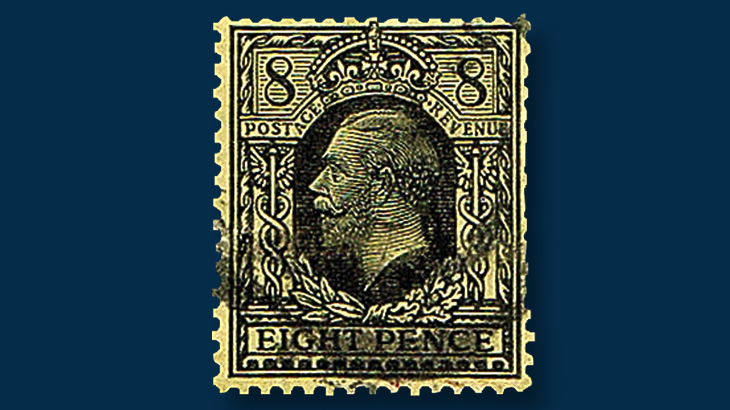 Figure 4. Sometimes a specialized question regarding a foreign stamp, such as this unusual Great Britain 8-penny George V definitive, needs to be sent to experts abroad. 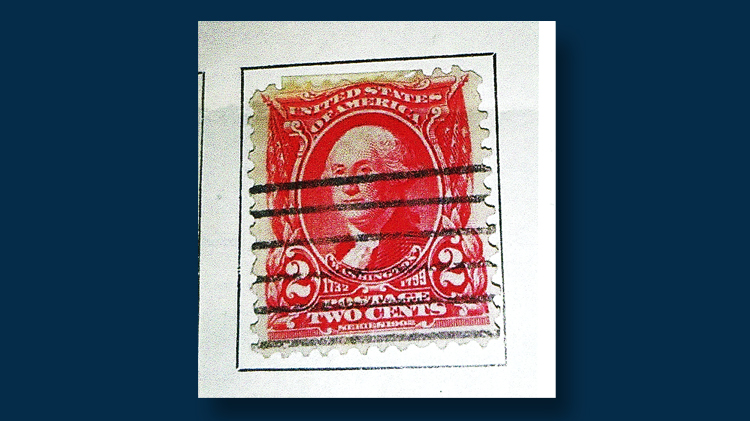 Figure 3. Should this 2¢ carmine George Washington stamp be worth a $500 eBay bid? The owner/lister thought so, but the Scott catalog lists a used example in better condition than this one at just 50¢. 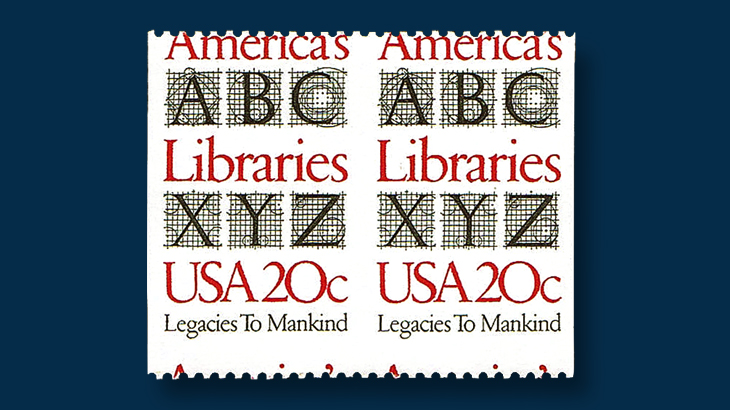 Figure 2. Is this pair of 1982 United States 20¢ America’s Library commemorative stamps an error with the vertical perforations omitted?
Previous
Next

Visions of sugar plums may dance in our heads as we send off stamps and covers to be expertized, and sometimes the hope comes true. However, the three stories in this column are examples of high hopes turning to dust. Two of them were because of careful expertizing, and one was because of poor expertizing.

In my experience, flat-out mistakes in expertizing are extremely rare, but it would be foolish to maintain that they don’t happen. The cover shown in Figure 1 is a case in point. Pay particular attention to the cancellation.

The cover was expertized in March 2001. I will forbear naming the expertizer because I want to promote care, not point fingers. It was submitted as a candidate for the earliest known use of Scott 426, the 3¢ perf. 10, type I, Third Bureau Issue George Washington stamp. The Scott Specialized Catalog of United States Stamps and Covers lists this stamp as having been issued on Sept. 18, 1914. The current 2018 edition of the catalog lists the earliest-known use (EKU) as Oct. 11, 1914.

The only problem is that the cancel on the cover is dated Oct. 14, although at first glance it does look like Oct. 11. It takes a closer inspection to see that what appears to be the second “1” is actually a “4” that is hidden in the background of the stamp.

I had purchased this cover as the catalog-listed EKU and didn’t notice that the cancel didn’t match the certificate. It was an auctioneer to whom I sent the cover who noticed the discrepancy.

I then thought that I had paid way too much for the cover, but the story has a happy ending. The expertizing group has agreed to issue a new certificate once it can examine the cover, and Scott catalog editors have advised that this cover was the source of the current EKU listing. Furthermore, Oct. 14 will be the new EKU.

Figure 2 depicts what appears to be a horizontal pair of the 1982 20¢ American Libraries issue with vertical perforations omitted. The pair is also slightly misperforated horizontally, and genuine errors frequently have more than one aspect that is problematic.

But in this case, the piece is not an error. The 1984 Philatelic Foundation certificate states, “It is a genuine Scott #2015 with traces of blind perforations between the stamps.”

These blind perf traces are not easy to see, and I congratulate the expressers who carefully examined this pair of stamps.

Unfortunately for the discoverer, imperforate means just exactly that. Something is imperforate or it isn’t. Stamp catalogs don’t describe items as “almost imperf,” although I have seen that appellation used to hype varieties for sale or in auctions.

This reminds me of a recent eBay listing that was sent in by Linn’s reader Jerold Backstrom.

Figure 3 shows the stamp from this listing: the 2¢ carmine Washington issued in 1903 as part of the Second Bureau Issue of 1902-03 (Scott 301). It has a catalog value of 50¢ for a used example in very fine condition, which this one isn’t.

And yet, the eBay seller had a starting price of $500, despite the fact that he also describes the stamp as very good only, and calls it “brown.” At least he did not ask for additional money for shipping. How does a seller calculate that this is a reasonable price for this stamp? It is impossible to say.

The final expertized item for this column is the 8-penny British stamp shown in Figure 4. My father collected Great Britain, but when he developed Parkinson’s disease in 1982, that was pretty much the end of his updating his album.

So, recently when I decided to tackle that project, there were 35 years of material both he and I had accumulated that needed to be cataloged and compared against the album. It was time-consuming, but a pretty straightforward process until I came to this stamp.

Why is that? The stamp is a used example from the dark-background set of King George V definitives first issued with a light background in 1912-13. But I couldn’t find a space for it in the album, nor was it listed in the Scott or Gibbons catalogs.

I wondered whether it might be a proof of an unissued stamp, but specialized literature in my library did not support that.

So, what could it be? If a fake starting off from the light background version, Scott 169, it was beautifully done and very convincing on its face.

The only way to find out what I had would be to send it to the world’s acknowledged experts on British stamps, the Royal Philatelic Society London.

When I went to England in late July, I took the stamp with me, and my friend Chris Harman agreed to accept it for expertizing by the Royal Philatelic Society London.

About a month later, the mail brought the verdict: “8d Black on yellow paper — watermarked single cipher — variety, graduated shading around head — used — is NOT a trial printing but is the issued stamp with the background painted in.”

My supposition is that my question was so specialized that had the stamp been sent to a U.S. expertizing house, it would have come back “opinion declined” with a recommendation to send it to the Royal Philatelic Society London. There are times when that is entirely appropriate.

I am sad that the stamp did not prove to be something special, but glad the mystery is solved.

To the many Linn’s readers who write in with observations, experiences and questions about expertizing, I find all such correspondence useful and thought-provoking. I can be reached by email at jmhstamp@verizon.net, or by mail at Box 1125, Falls Church, VA 22041-0125.