A brief celebration of covers postmarked on Leap Day, Feb. 29 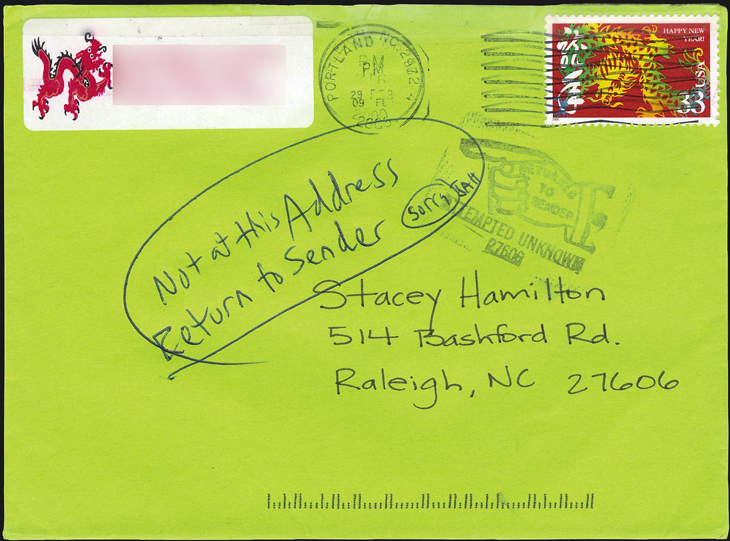 Author Charles Snee’s eagle-eyed sister-in-law noticed the Feb. 29, 2000, return-to-sender date on this cover she originally mailed Feb. 9 from Portland, Ore., to Raleigh, N.C. After removing the greeting card, she sent the cover to him for his Leap Day postal history collection. 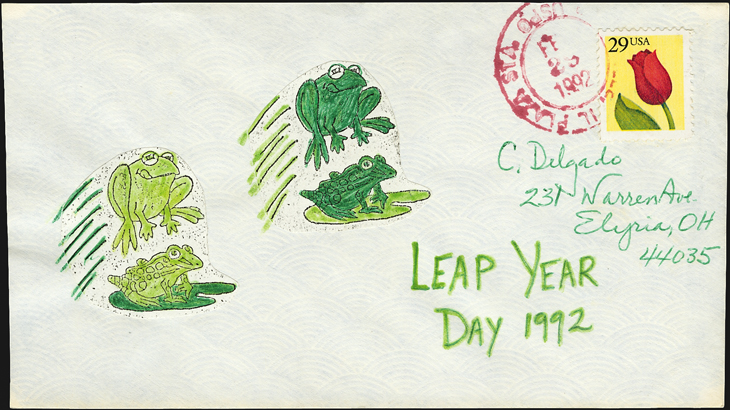 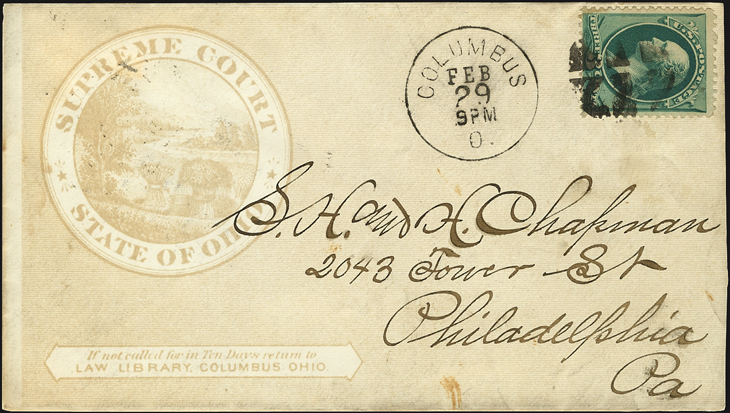 This attractive Leap Day cover, mailed from Columbus, Ohio, to Philadelphia, features a handsome seal of the Ohio Supreme Court. The Leap Year of mailing is uncertain, but it likely was the year 1880.
Previous
Next

Just in case you missed it, the cover date of this issue of Linn’s Stamp News is Feb. 29, also known as Leap Day.

Because Linn’s is published on Monday, the last Leap Day issue was cover dated Feb. 29, 1988.

Leap Day arises from the need to keep our Gregorian calendar in synchronization with the slightly more than 365 days it takes Earth to orbit the sun each year.

Without this extra day, almost six hours would be lost from the calendar each year.

In anticipation of this day that usually comes around once every four years, I pulled my Leap Day folder from my filing cabinet of modern U.S. postal history.

Inside were about a dozen or so covers, with Leap Day postmarks spanning roughly 120 years.

One of my favorites, shown nearby, is an advertising cover postmarked Feb. 29 in Columbus, Ohio, and sent to Philadelphia. I acquired this cover six years ago in an online auction for a very reasonable $12.

Featured at left on the envelope is an attractive seal for the Ohio Supreme Court. A banner beneath the seal reads: “If not called for in Ten Days return to Law Library, Columbus Ohio.”

Neither the Columbus postmark nor the March 1 Philadelphia receiver on the back shows a year date.

The 3¢ green Washington stamp used to pay the postage appears to be an example of Scott 158, the 1873 printing from the Continental Bank Note Co.

Among the more whimsical Leap Day covers in my collection is the 1992 example pictured here.

Two labels showing a frog leaping over another frog sitting on a lily pad are glued to the front.

“Leap Year Day 1992” is written beneath the recipient’s address.

Although not a clear strike, the Belleville, Ill., Plaza Station postmark does read Feb. 29.

Another Leap Day connection can be seen with the 29¢ Tulip stamp used to send the cover to Elyria, Ohio.

Accompanying the cover is the original letter, in which the writer, clearly a stamp collector, thanks the addressee for sending him a Valentine’s Day cover.

He then provides a brief glimpse of his recent activities: “Been helpin’ the neighbors with their leaves, and been watching many older movies on TV.”

Such vignettes add much to my enjoyment of postal history, regardless of the time period.

Most of my Leap Day covers bear a Feb. 29 date at the time of mailing. The cover illustrated on page 18 is an exception.

Originally postmarked Feb. 9, 2000, in Portland, Ore., this greeting card mailing arrived at its destination in Raleigh, N.C., only to be returned to the sender because the addressee was “not at this address.”

Before beginning its trip back to Portland, the cover was postmarked in Raleigh — on Feb. 29.

The two wavy-line machine cancels are almost directly on top of one another, with the “29 FEB” showing just above the “09 FEB.”

Fortunately, the sender was my sister-in-law. When the errant mailing got back to her, she noticed the Leap Day return date and sent the envelope (without the card, of course) to me.

I hope you found this brief philatelic tribute to Feb. 29 engaging and pleasurable. Until 2020, I wish you happy collecting.