‘A Christmas Salute’ handstamp pays tribute to the season 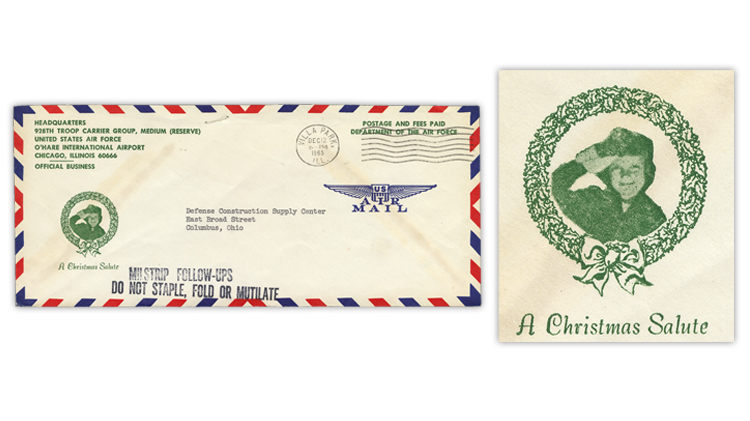 Figure 1. Christmas is recognized by the green handstamp on this 1963 official “postage and fees paid” envelope from an Air Force office based at O’Hare International Airport in Chicago. 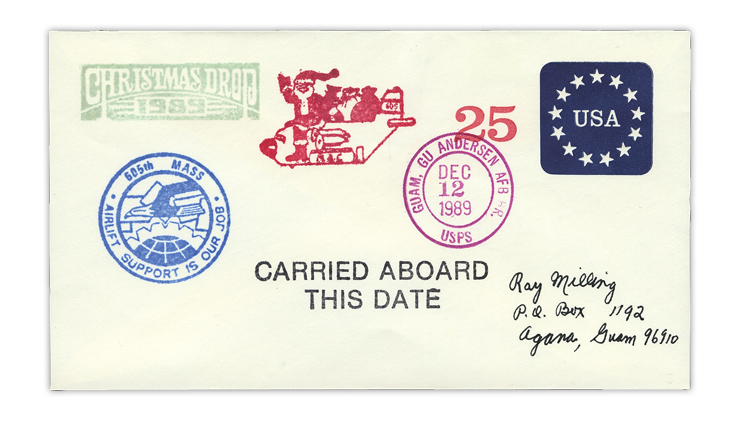 Figure 2. Santa riding on a C-130 is the highlight of this commemorative cover for the Air Force’s 1989 Operation Christmas Drop. The airdrop is an annual event in which planes from Guam drop Christmas gifts to remote islands in the southeastern Pacific
Previous
Next

The doctrine of separation of church and state combined with today’s level of political correctness would probably nix what was done on the 1963 Department of the Air Force cover shown in Figure 1. Handstamped onto the cover is “A Christmas Salute,” a fitting recognition of the season.

A later military recognition of Christmas is evident on the 1989 cover in Figure 2. It marked the annual 605th Military Airlift Support Squadron’s flight from Andersen Air Force Base on Guam to drop Christmas presents to isolated areas of Micronesia.

The Guam Stamp Club prepared the envelopes, and 300 of them were aboard the Dec. 12 flight.

The annual Operation Christmas Drop continues, though I know of no other years with commemorative covers. Started in 1952, it is the Department of Defense’s longest-running humanitarian airlift operation.

Having spent some time on Guam many years ago, I can testify that Andersen Air Force Base was a memorable experience. The main runways are southwest-northeast, and when taking off to the east, planes suddenly run out of runway as they fly off the top of a cliff that drops off into the Pacific Ocean.