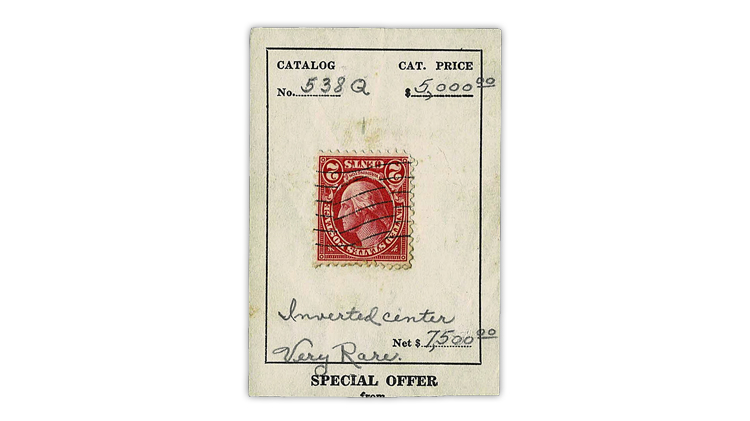 Figure 1. This unlikely 2¢ George Washington invert is probably a joke. If genuine, would you pay $7,500 for it? 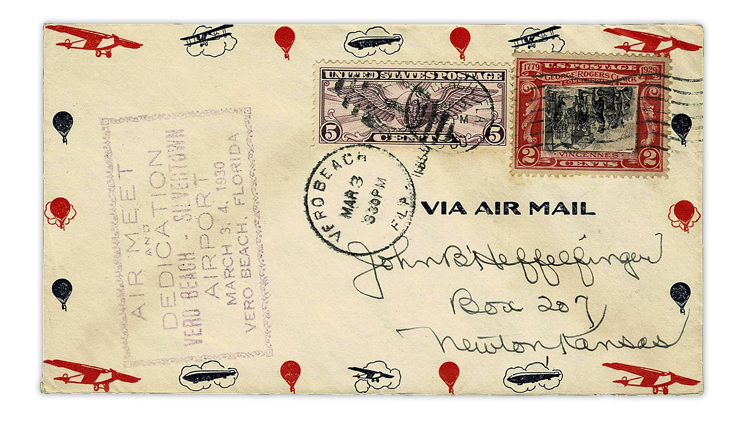 Figure 2. There is no known invert of the center of the United States 2¢ George Rogers Clark as seems to exist on this cover. Such a discovery would be front-page news, but this is a clever fake. 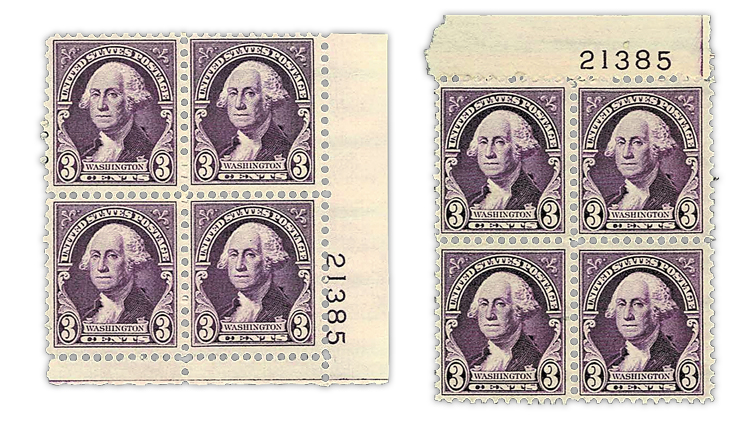 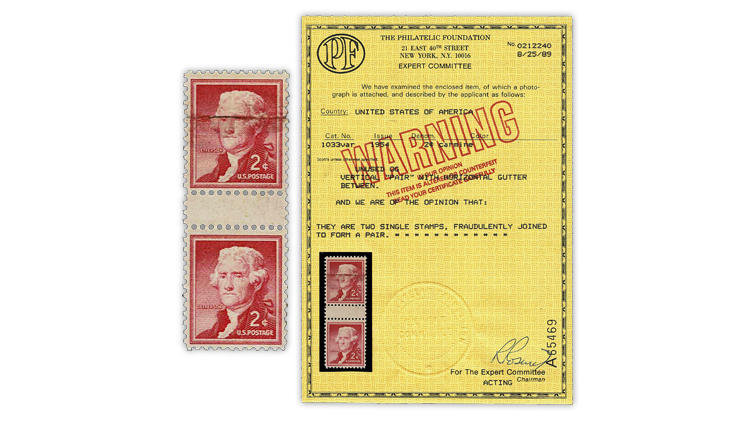 Figure 4. Vertical pairs with full gutter between of the United States 1954 2¢ Thomas Jefferson stamp are listed in the Scott catalog. But the one shown here, along with its Philatelic Foundation certificate, is a fabrication.
Previous
Next

A Linn’s reader recently wrote to reflect on the lessons learned from his first encounter with expertizing.

The correspondent had asked an individual subject matter expert for an opinion on an item he had found. In that request, he made the mistake of making the following comment about forgers and fakers: “Where would we be without them?”

Here he tells the rest of his story:

“I didn’t make a mis-statement. I made an incomplete statement sounding like I was admiring forgers. Instead of asking me what I meant he [the expert] published an item on my request and took a personal dig at me. Here is what I meant … I bet there’s a whole bunch of postal history collectors who are just like me. At some point they realize they purchased an amateur fake or forgery.

“At first I was of course upset, even though I hadn’t paid a lot. But then, what happened? I suddenly became a ten-times better collector … by starting to carefully examine purchases before laying down the cash. I began researching forgeries and fakes (as an amateur having fun), and it was a revelation. Again, I became a much better collector. This was the context for ‘Where would we be without them?’

“I bet there’s a whole bunch of people who on discovery that they got taken by a fake or forged stamp are motivated to be much more careful about what they buy, and seek the services of an expertizer when they are not 100 percent certain of their purchase.

“That makes them better collectors, and it would not have happened without someone having taken them to the cleaners.”

The correspondent was unhappy that the expert he consulted had misunderstood his comment, and he also thought that he had been taken too seriously and too literally.

“The elite have forgotten that the bread and butter of collecting is Fun and Learning,” he wrote. “The elite get too easily bent out of shape — perhaps too serious for their own — or anyone else’s good.”

My own experience confirms that comment. When 50 years ago I first approached a collector (who ultimately became a good friend) for his thoughts on something I had found that I felt was something special, he responded that my question was simple and intimated that maybe I was too. Admittedly I was a novice, but it was not a welcome to the subject I would wish on anyone else.

So, for those of us who are now advanced collectors with a powerful storehouse of knowledge, I would ask that we remember that we were all newbies once, and for almost all of us, it was the kindness of strangers who took the time and exercised patience (and yes, even tolerance of perhaps inelegantly asked questions) to nurture our curiosity and grow our knowledge.

One lesson I learned from this was to use established expertizing houses for yes-or-no questions. Is it or isn’t it? An expertizing house will give you an opinion that is both dispassionate and anonymous.

But if you want to learn about the why, you will need to talk to an individual subject matter expert or rely upon a philatelic library or a specialty society to help you find relevant literature.

For those who have had a bad experience with a less-than-tolerant expert, I would agree that some in the fraternity are deadly serious about their specialties. While stamp collectors like to say “It’s only a hobby,” for some, it is a lifetime of effort culminating in knowledge that is equivalent to a full professor’s doctorate.

I’d ask you to be forgiving as this attitude also motivates them to contribute massive amounts of time and effort to research and learning, resulting in accurate and detailed catalogs, society journal articles, census work, definitive exhibits, etc. for the ultimate benefit of everyone who enjoys our hobby.

In the continuing the series of stamps that are not what they seem, the subject this month is the creation of ersatz rarities using genuine stamps. Probably the best-known examples of this are the so-called razor blade inverts, such as the examples shown in Figures 1 and 2.

The 2¢ George Washington in Figure 1 is a single-color stamp printed from a single plate. An invert of part of the design is an impossibility. Thus, the little “Special Offer” sales sheet is likely a joke, but an asking price of $7,500 isn’t.

One test of such items is to run your thumb over the stamp. Often you can feel the edge between the frame (carmine in this case) and the inverted center (black). On a real invert, there would be no such ridges as both colors were printed in succession on a sheet of paper.

But whoever created this fake invert left almost no ridge. Of course, a check with the Scott Specialized Catalogue of United States Stamps and Covers reveals that there are no inverts of this stamp (Scott 651) are known, and any would certainly have come to light within the 90 years since this stamp was issued.

Slightly more dangerous is the fake plate block in Figure 3 of the 1932 3¢ purple stamp showing Gilbert Stuart’s portrait of Washington. A normal plate block also is shown for comparison. All normal plate numbers are found on the vertical margin adjoining the stamp.

The block with the plate number above the stamp is an impossibility. It was convincingly done by artfully pasting a bit of margin with the plate number over the top margin of a normal pane. There is no catalog listing for such an item, and you need only to carefully inspect the back to see the paste-over.

But in our excitement to own such a wonderful item, how many of us would take the time to do that?

Figure 4 depicts a 1954 vertical 2¢ carmine Thomas Jefferson pair with full gutter between and its Philatelic Foundation certificate. The maker of this fraud used a wide horizontally miscut gutter snipe with a large part of a stamp from the pane above and then added enough of another stamp to make it appear to be a full pair.

There is a Scott catalog listing of vertical pairs with full gutter between for Scott 1033. Fortunately in this instance, there is an easily detectable ridge at the point where the two stamps are joined. The certificate properly calls this “two single stamps, fraudulently joined to form a pair.”

So, the lessons are, first, if it doesn’t exist in the Scott catalog, the item presented is likely a fake. Second, if there is a listing for it, that doesn’t make the item you hold in your hand genuine. Get it expertized.