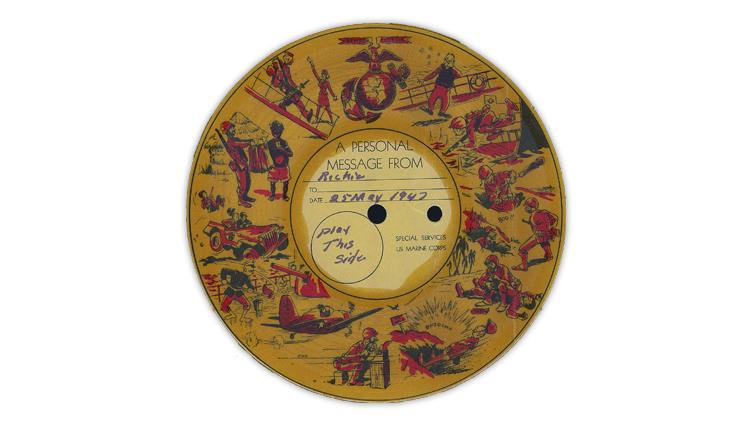 Figure 1. A U.S. Marine send a personal message on this phonograph record in 1947. The mailer is shown in Figure 2. 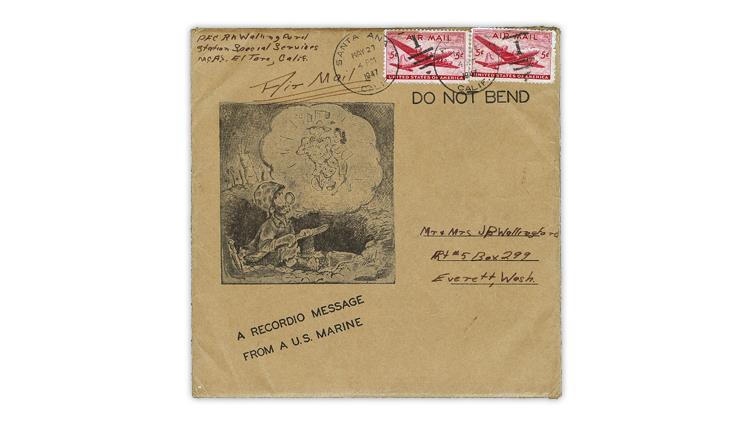 Figure 2. The mailer that contained the phonograph record in Figure 1 is franked with two 1946 5¢ airmail stamps (Scott C32), paying twice the 5¢ per ounce rate.
Previous
Next

About 25 years ago, I deep-sixed my record player, which seemed to have been overtaken by newer technology. Record players and vinyl records are making a comeback, but I also gave away all my hundreds of folk music records back then, so I have not jumped on this bandwagon.

And that is a long way of saying that I am not able to play the record shown here in Figure 1, together with the mailing envelope it was sent in almost 75 years ago in Figure 2. Indeed, I wonder if the record still reveals the messages that United States Marine Corps PFC Richard Wallingford in El Toro, Calif., sent to his parents in Everett, Wash., in May 1947?

[Editor’s note: The Linn’s staff also was curious about what was on the recording. We listened to it, and a rough translation appears at the end of this column. A video recording of the record playing is found on Linn's YouTube channel here]

There may have been thousands, even tens of thousands, of such records produced by either the military or by private companies for soldiers, but the number surviving is very small. I have seen fewer than half a dozen in my collecting experience.

This one came to me because of my interest in the 5¢ airmail stamps (Scott C32) on the mailer. The stamps are part of a series picturing large transport aircraft, a DC-4 Skymaster in this case.

When I began to write for Linn’s Stamp News in 1977, I resolved to add a new collecting area each year to make sure I had new topics to write about, but also so that I would never run out of things to search for at dealer tables.

About 10 years ago, Rob Haeseler (1941-2017), then an independent dealer but earlier my editor at Linn’s, offered me a starter collection of covers with the aforementioned 5¢ airmail stamp. The history embodied in this collection was fascinating.

I have added a lot to it since and was almost ready to unveil an exhibit when we went into lockdown last year and my exhibiting projects were shelved. But I have continued to add covers, including this one from friend Joe Bock.

Effective Oct. 1, 1946, the domestic airmail rate was reduced to 5¢ per ounce from 8¢. The 5¢ rate was in effect only until Dec. 31, 1948, when the rate went to 6¢. The two-year window for contemporary uses provides a challenge to finding commercial uses of this stamp.

The record is interesting because of the cartoonlike characterizations of life in the Marine Corps. It was sent without any additional written message, so the mailing was between 1 and 2 ounces — the airmail postage paid by the two 5¢ stamps. Wallingford wrote on the record itself the day it was recorded and added the message “play this side.”

I don’t know when this technology was introduced for use by people wanting to communicate in this manner, but the latest use I know of is a 1955 example recently featured in the Fourth Quarter 2020 issue of La Posta: The Journal of American Postal History. That record was sent by a private citizen.

I also am ignorant of what these recordings cost to make. If a Linn’s reader can enlighten me as to the history of the use of this technology, I would be glad to share it in a future column. Please contact me by email jmhstamp@verizon.net, or write to me at Box 1125, Falls Church, Va. 22041-0125.

[A few words unintelligible] I wasn’t sure it was working so I had to test it. It’s a beautiful day out today. Sun is shining, blue skies, a little warm. It’s now 11:40. I don’t know quite what to say on this, but I’m sure you will enjoy it anyhow. Sounds pretty conceded doesn’t it?

I really don’t know much to say to you folks. There’s a letter I wrote to you yesterday, but I hope you enjoy this anyhow.

It’s my first attempt, so it won’t be very good. If you like this, I will try making some more before I come home.

A bunch of the fellows were just over here shooting a little basketball. They showed out to go to town now. I’ve got duty this weekend, so I have to stay on the station. It isn’t bad though. You can go swimming in the afternoon. In fact, I think I’ll do that this afternoon.

How’s Sheba? I bet she’s getting big. She probably won’t even know me when I get home.

When is Dad leaving for Detroit, Mom? Or haven’t you found out yet?

Say, Dad, how about some pictures of your tractor? Bet it’s a dandy.

Well. This record’s pretty well near the end, so I’ll sign off now. I’ll write you some more. I am sorry about last week’s letter, but I was pretty busy around here, and a lot of planning to do. But I’ll write oftener. I promise I will. Sheba, you be good now. Bye