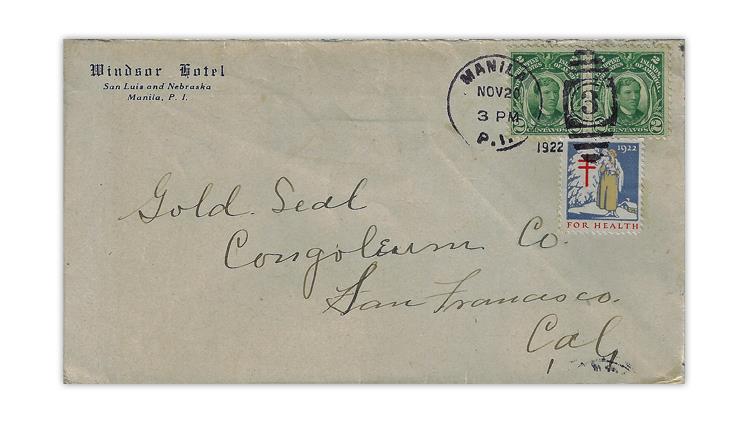 Figure 1. A new earliest-known use date of Nov. 20, 1922, for the 1922 U.S. Christmas seal was established by this cover canceled in Manila, the Philippines. This is among seven new EKUs reported this year, all canceled in the Philippines, then a U.S. pos 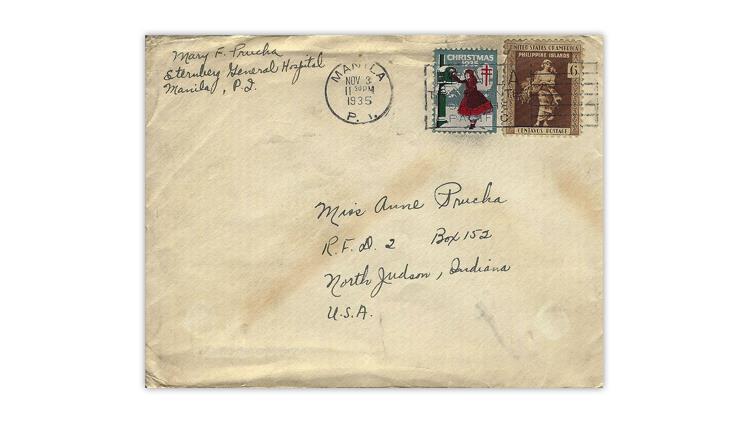 Since 1999, I have presented in this column an annual summary of earliest-known uses of United States Christmas seals issued from 1908 to 1935.

In 1907 and from 1936 onward, there are established first days (though there are some earlier uses). But from 1908 to 1935, the seals were shipped in late October or early-to-mid November, and there was no injunction to the recipients to hold them for a given release date.

For that reason, the Christmas seals were distributed to potential users when received, and it has become a challenge to look at cancellation dates to try to advance the first day of use.

This year, because of the COVID-19 pandemic, it has been impossible to comb dealers’ stocks to find new EKUs, and the EKU report would suffer from that problem except I have tapped into two new sources of information. They are Dr. Tommy Sim and Rick Miggins, two longtime specialists who have amassed impressive collections of U.S. Christmas seals on Philippine covers between the first known use in 1913 and 1941, the last year before the Philippines fell to the Japanese.

Miggins sold his collection at auction earlier this year, but he kept excellent records and reported on the items in the journal of the International Philippines Philatelic Society, the Philippine Philatelic Journal.

Both Miggins and Sim have been generous about sharing information about and images of their covers.

The result is that this year’s report, shown below, includes seven new EKUs highlighted in bold type. All seven examples were used in the Philippines. Two of these EKUs are illustrated in this column, courtesy of Sim.

Figure 1 shows a 1922 cover with a clear Nov. 20 cancellation date that beats the prior record by nine days. Shown in Figure 2 is a 1935 cover with a Nov. 3 date, 19 days earlier than the previous record holder.

Why are there so many Philippine EKU usages? My theory is that the first shipments of seals from the printers in the United States were sent to the Philippines by ship, and they had to be sent as early as possible because of the distance involved and the possibility of shipping delays.

Upon receipt, the packages must have been opened and the seals made available in the distribution chain.

I hope that 2021 will see the return to in-person stamp shows, and we will get some additional new EKUs to report next Christmas.

Meantime, if anyone can advance any EKU date for a Christmas seal in the table, please contact me at jmhstamp@verizon.net or by mail at Box 1125, Falls Church, VA 22041-0125.

For collectors with an interest in Christmas seals, I recommend the national club that delves deeply into the history of these seals, their production, their use and their many varieties: the Christmas Seal and Charity Stamp Society.

The society publishes catalogs for U.S. and foreign seals and an excellent quarterly all-color journal, Seal News, that highlights both modern and older material. Each issue also contains a members’ auction.

Annual dues are $20. More information about the club is available on its website or from Lou Caprario, Secretary-Treasurer, 91 Fairview Ave., West Orange, NJ 07052.