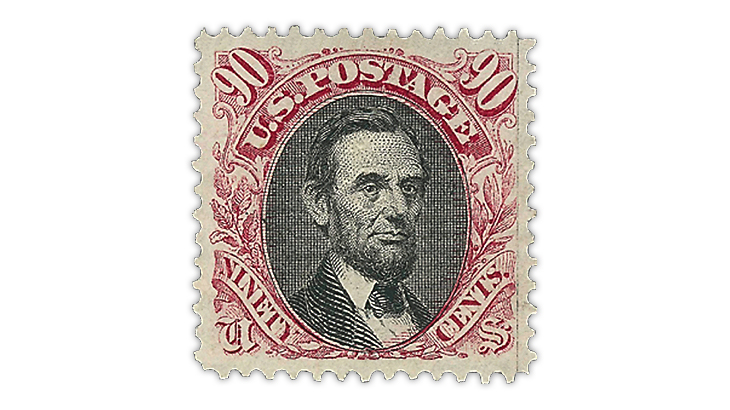 The cartoon caption contest image for April is the 1869 90¢ Abraham Lincoln stamp. Entries must be received by April 23 for a chance to win a prize.

Among the most beautiful U.S. stamps is the 90¢ denomination from the 1869 issue that pictures a remarkably lifelike Abraham Lincoln. Given that he is in the news these days as a subject of cancel culture (along with George Washington and Thomas Jefferson), one wonders how he would react to Lincoln statues being taken down and his role in American culture being redefined in some history books?

I am using the 90¢ Lincoln (Scott 122) as the April cartoon caption contest stamp, which will give Linn’s readers a chance to react on Lincoln’s behalf or to comment on other modernities having to do with stamp collecting, the U.S. Postal Service, politics or whatever else appeals to you.

For each winner, the prize will be a 13-week subscription to Linn’s (a new subscription or an extension). Entries must reach me no later than April 23.