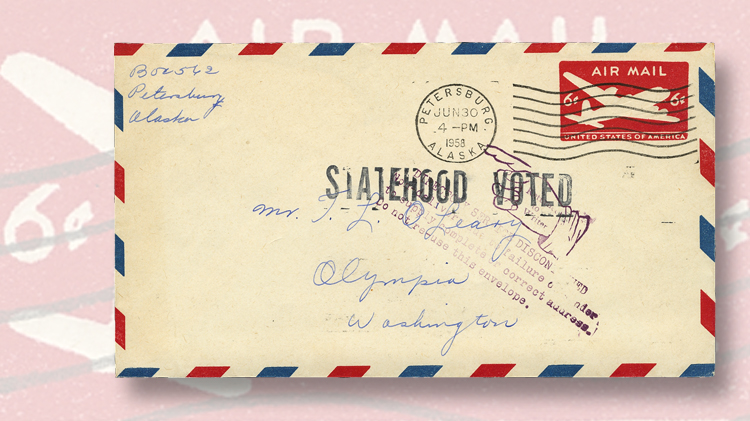 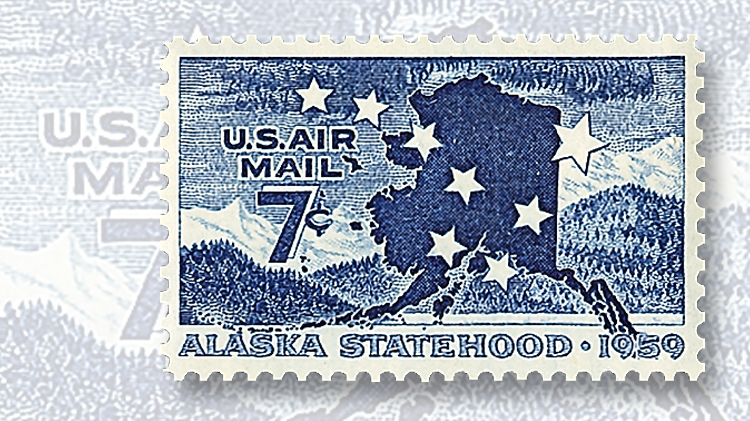 On Jan. 3, 1959, the official date on which Alaska became a state, the Post Office Department issued an airmail stamp to commemorate the event.
Previous
Next

The cover shown nearby was sent on June 30, 1958, from Petersburg, Alaska, to Olympia, Wash.

Either the sender or someone in the post office where it was deposited handstamped “Statehood voted” on the envelope in celebration of what E.L. Bob Bartlett, delegate from the territory of Alaska and later the state’s senator, called “The greatest day in Alaska history.”

One would think that such an initiative would be unanimous, but the opponents, primarily from the South, didn’t feel that Alaska was ready for statehood, and worried that its population would be an economic burden on the country.

President Dwight Eisenhower signed the bill into law on July 7, 1958, and Alaska officially became the 49th state on Jan. 3, 1959. On that date, the well-designed U.S. airmail stamp (Scott C53) commemorating Alaska Statehood was issued in Juneau.