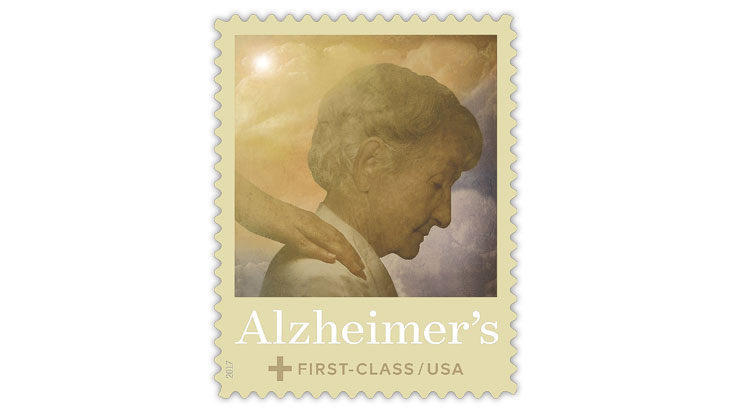 The Alzheimer’s Disease Awareness semipostal stamp will be withdrawn from sale Nov. 30, according to an announcement from the United States Postal Service in its Nov. 7 Postal Bulletin.

On the plus side, the stamp has raised $991,000 for Alzheimer’s research, according to the USPS.

The notice in the Nov. 7 Postal Bulletin instructs post offices, stations, branches and contract postal units to withdraw its stocks of this semipostal from sale, but it also says: “Retain these items at the unit level until further notice. Do not prepare these items for destruction at this time.”

Reading that statement, you might think that there’s a possibility that the stamp could be placed on sale again. But a similar announcement appeared at the end of 2018 for the Save Vanishing Species semipostal stamp (Scott B4), and that stamp remains off sale. A bill was introduced in Congress in March to return it to sale, but no action has been taken on the legislation.