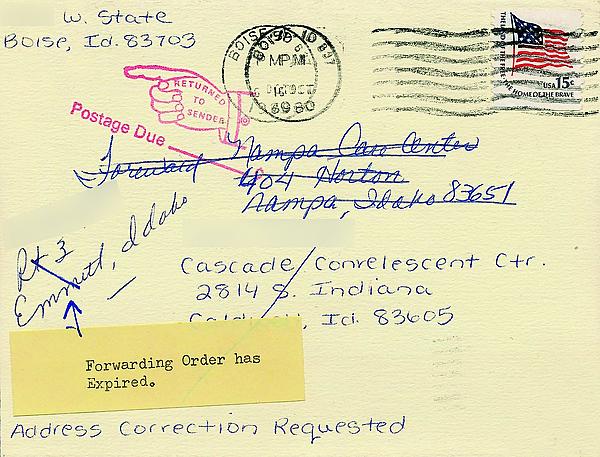 Figure 2. This up-to-1-ounce first-class domestic surface letter was properly paid at the 1980 15¢-per-ounce rate using the 15¢ Americana series Flag stamp. After forwarding was attempted twice in Idaho, the letter was determined to be undeliverable as addressed and was correctly returned for free to the sender. 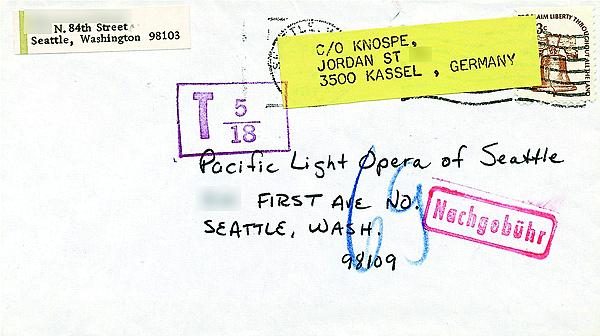 Figure 1. The 13¢ Americana series Liberty Bell booklet stamp on this first-class letter correctly paid the 13¢ domestic surface rate in effect during the late 1970s. However, the letter was then forwarded to Germany. Shortpaid 5¢ at the 18¢-per-ounce international surface letter rate, it is additionally marked with the German word for postage due.

The attractive Americana definitive series is made up of a fairly small number of stamps issued beginning Oct. 31, 1975.

Like most series of the time, it is common to find uses well beyond 1981, because stamps from the series remained in post office stocks and in patrons’ hands well beyond this point.

Because very few of the Americana series stamps fulfilled the international mail rates of the time, few solo uses and many mixed issue uses are found. That is, since many of the rates required multiple stamps, we frequently find covers franked with Americana series stamps alongside the commemoratives of the time or values from the earlier Prominent Americans definitive series.

This is not true of the two examples shown here.

Using the typed forwarding label of the mid to late 1970s, the letter was forwarded to Germany.

The forwarding of domestic mail to a foreign address did not become free until July 4, 1985, and so the international surface letter rate of 18¢ per ounce was due for the forwarding.

Since the domestic surface rate was paid with the 13¢ Americana series Liberty Bell booklet stamp (Scott 1595), only the 5¢ difference between the 18¢ international rate and the 13¢ paid was due for forwarding, as indicated by the T ratio marking of 5/18 on the envelope. The “18” indicates the 18¢ international surface letter rate, while the “5” indicates the 5¢ shortpaid for this rate

By the way, the handstamp “Nachgebuhr” means postage is due on the item. The manuscript number in blue should indicate that a certain number of pfennigs were due in Germany; however, the apparent number 69 seems high to me.

Forwarding was attempted twice in Idaho. The affixed label indicates “The forwarding order has expired.” The letter was thus undeliverable as addressed (UAA) and correctly returned free to the sender.

In late 1979 and 1980, the first type of computer-generated UAA labels were introduced, so this is a late use of the typed label. Its use for other than simple forwarding is unusual.

According to the July 1, 1979, Domestic Mail Manual, the endorsement “Address Correction Requested” (which is handwritten at lower left) resulted in UAA first-class mail being returned free. Therefore, there should have been no postage due for this returned letter. The handstamp “Postage Due ___” was not needed, and the lack of an amount placed in the blank confirms this.

What makes these two items special is the use of the typed labels on the covers and the extra services that resulted, as one was returned UAA in the domestic mails while the other was forwarded shortpaid into the international mails.