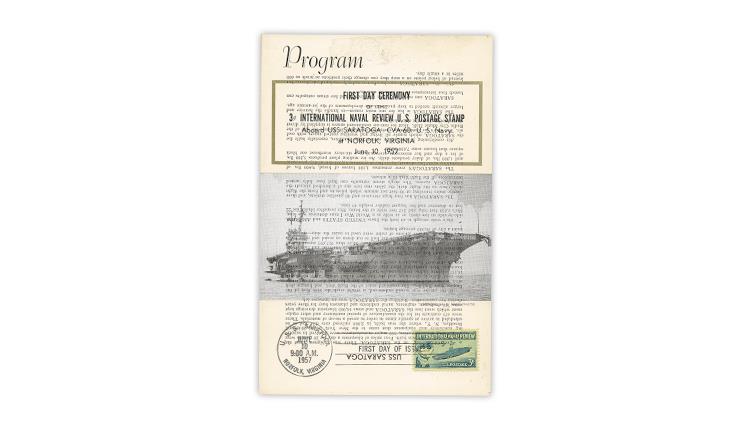 Figure 1. This first-day ceremony program for the 3¢ International Naval Review commemorative of 1957 appears to have inverted informational text on the front cover. 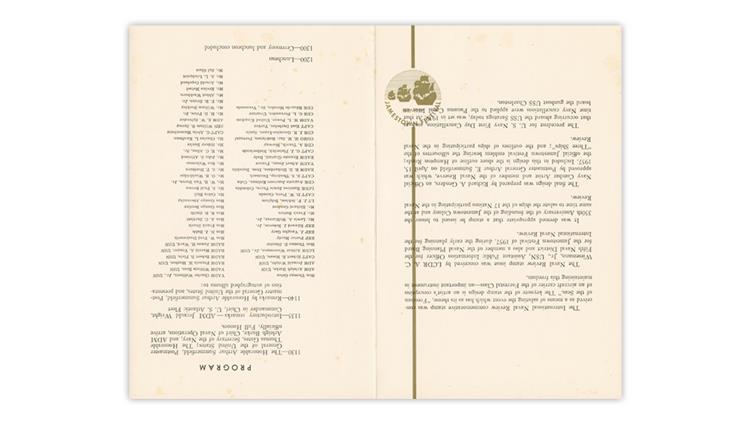 Figure 2. When the first-day ceremony program cover in Figure 1 is opened, the text on the two inside pages looks like it is upside down. This reveals that the front cover is actually printed inverted on the properly printed back cover of the program.
Previous
Next

Just when I thought I had seen every possible type of philatelic error, the first-day ceremony program in Figure 1 comes to light. It celebrates the issuance of the 1957 3¢ International Naval Review stamp (Scott 1091) at Norfolk, Va.

As shown in the illustration in Figure 1, the items that belong on the cover of the program, including the word “Program,” the text in the box that begins with “First Day Ceremony,” the photograph of the USS Saratoga, and the stamp and first-day cancel, appear to be normal. But also included is the text from the back of the program, and it appears to be inverted.

Appearances are deceiving in this case. Actually what you see is the properly printed back of the program, with the text that should be on the front inverted on top of it. This is confirmed by opening the program, as shown in Figure 2, to find that the content of pages two and three is upside down to the eye. What should be the front cover is blank.

How many of these exist? I don’t know, but Scott Pelcyger, author of Mellone’s Specialized Catalogue of First Day Ceremony Programs & Events (1989), has one, and others are probably around. The catalog lists the normal program valued at $15. The invert should be much more.

I stumbled into first-day program collecting when I was a member of the Citizens’ Stamp Advisory Committee (1998-2010) and attending stamp first-day ceremonies with some regularity. The programs made a nice keepsake and often included interesting and useful information.

The first known stamp ceremony program is from the Chicago Columbian Exposition issue of 1893. Only a few programs were prepared from then into the 1940s, but after World War II, they became a fairly regular feature of issuance ceremonies for most U.S. stamps. A complete collection is possible, but difficult.

A national society exists to help collectors, the American Ceremony Program Society. For more information you also can email secretary-treasurer John Peterson at jkpete@cox.net, or write to him at 6987 Coleshill Drive, San Diego, CA 92119-1953.