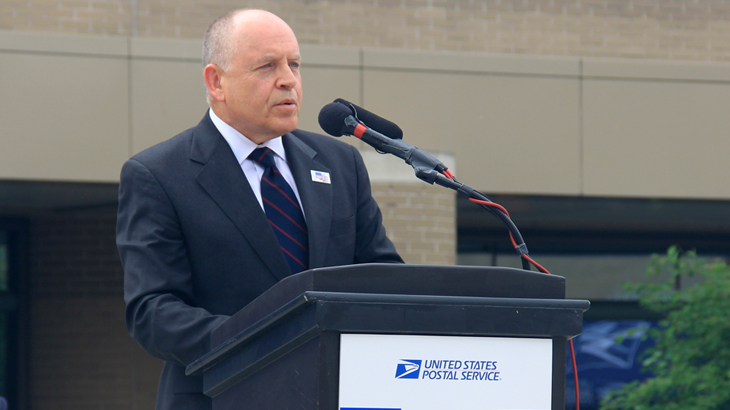 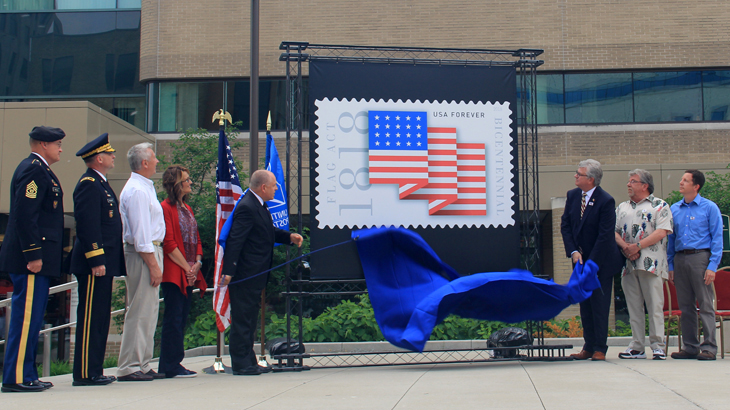 The stamp shows a graphic representation of the 20-star U.S. flag that developed from the 1818 act, which declared that the flag should have 13 horizontal stripes alternating red and white, and a union of 20 white stars on a field of blue. Photo by Jay Bi 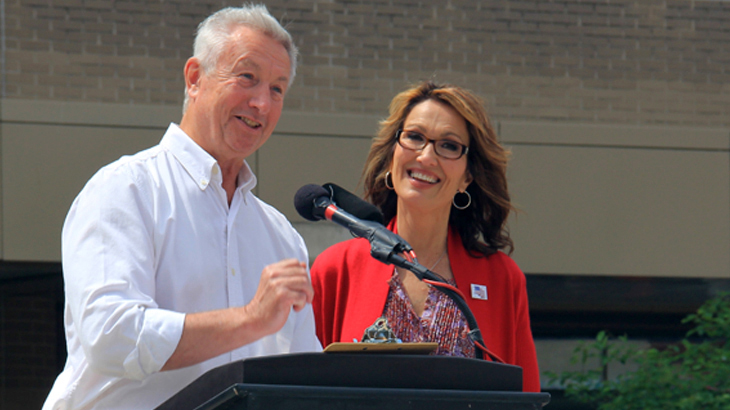 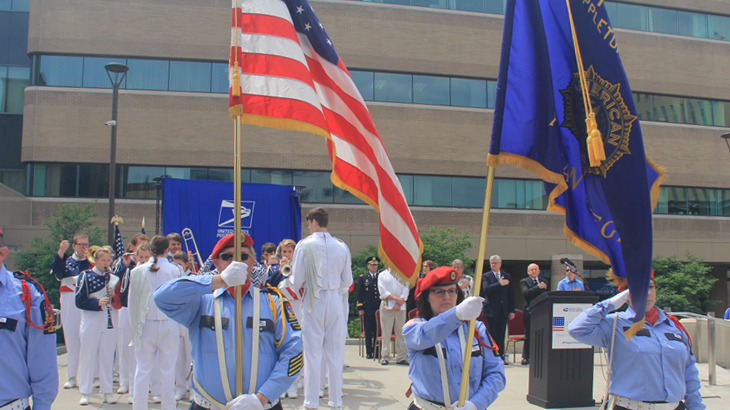 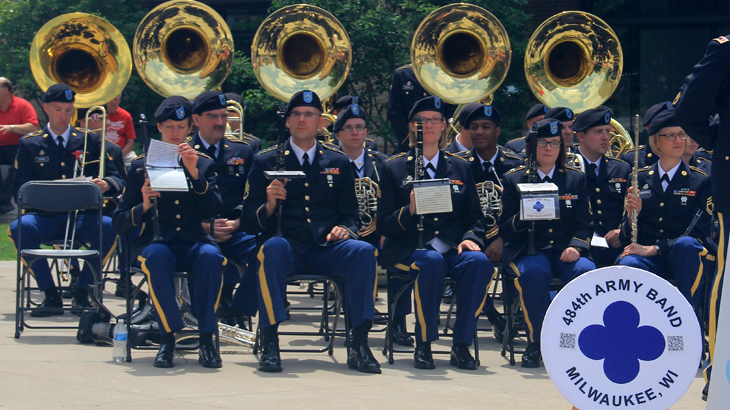 Milwaukee's 484th Army Band participated in the ceremony and parade. Photo by Jay Bigalke.
Previous
Next

Just before the 68th annual Flag Day parade got underway in Appleton, Wis., the city hosted its first stamp dedication ceremony complete with marching bands and the presentation of colors.

The United States Postal Service chose Appleton as the spot to unveil its new American flag forever stamp saluting the bicentennial of the Flag Act of 1818. Appleton is a fitting place to reveal the stamp as it hosts the nation’s oldest Flag Day parade.

The nondenominated (50¢) stamp shows a graphic representation of the 20-star U.S. flag that developed from the 1818 act, which declared that the flag should have 13 horizontal stripes alternating red and white, and a union of 20 white stars on a field of blue.

The mayor of Appleton, Tim Hanna, offered a warm welcome and shared his Appleton pride.

“It was 10 years ago we had an organization come here, and they were looking for the most patriotic city in the country. It was called America the Beautiful, and they started here,” he said. “They visited several other communities around the country and they circled back and they said ‘You guys set the bar so high no one even came close.’ ”

Patrick Mendonca, senior director, Office of the Postmaster General and CEO, dedicated the stamp, and thanked Appleton for hosting the ceremony.

“For 68 years this parade has honored our flag, celebrated patriots and brought communities together,” he said. “Events like the Appleton Flag Day Parade demonstrate that even two centuries later, the Flag Act of 1818 is worth celebrating.

“Our flag has flown in good times and bad, on the battlefield, and in parades, like the one we will enjoy today,” Mendonca said. “Let’s always remember its history.”

Corey Otis, Appleton parade committee member, explained the importance of the 1818 Flag Act. In addition to establishing the design of the flag, the act ensured that when a new state is admitted, a star is added to the flag on July 4th after its admittance.

“The Flag Act made sure these changes were automatic, so Congress wouldn’t have to do anything. Which, I imagine, was okay with them,” he joked.

The patriotic celebration included a presentation of colors by the Scarlet Guard Color Guard, the national anthem performed by the Appleton East Marching Band, and the Pledge of Allegiance.