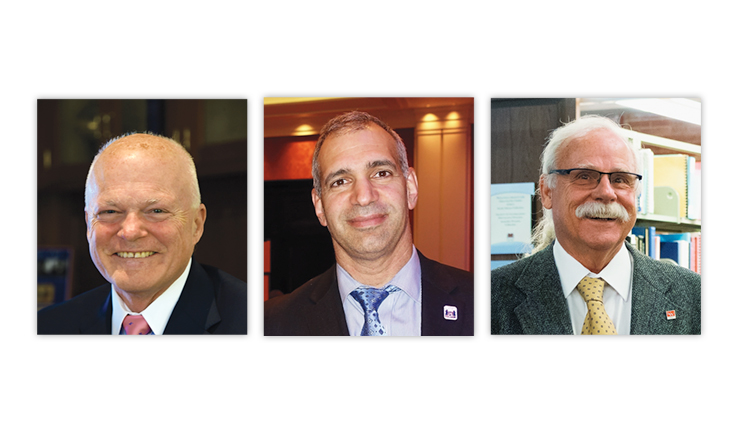 The American Philatelic Society will present the Luff awards for 2020 to James Peter Gough for philatelic research, Yamil H. Kouri Jr. for contributions to philately, and Kenneth Grant for service to the APS. The awards are presented annually for meritori

The announcement from the APS in early August celebrated the achievements of the three recipients.

Gough is being honored with the APS Luff award for distinguished philatelic research.

An active researcher, author, exhibitor and philatelic judge, Gough twice was named the APS Champion of Champions in its annual World Series of Philately: in 1992 for “The Evolution and Use of Adhesives for Postage Due, 1790-1954,” and in 2013 for “Universal Postal Union and its Impact on Global Postal Service.”

The APS noted that Gough published his first philatelic writing in Linn’s Stamp News in 1973.

“Since then, he has continued to write extensively, including a few of the following noteworthy articles:

Gough was elected to membership in the Academie de Philatelie in 2000, and he signed the Roll of Distinguished Philatelists in 2012.

He is now completing work on a multivolume study of the UPU, which the Royal Philatelic Society London is publishing.

Earlier this year it was announced that Kouri was one of five philatelists invited to sign the Roll of Distinguished Philatelists, considered by many to be philately’s highest honor.

The APS recognized Kouri as “a nationally and internationally acclaimed philatelic judge, also known for his leadership in countless organizations and institutions, his award-winning exhibits, books, monographs and articles, and his commitment to original philatelic research.”

He is vice president of the Boston 2026 World Stamp Expo, and he organizes the annual Spellman Museum Postal History Symposium, which is now in its seventh year

His book Under Three Flags: The Postal History of the Spanish-Cuban/American War (1895-1898) received the literature grand award at APS Stampshow in 2019, and his traditional exhibit of the first postal issues of the Spanish Antilles received the 2019 Champion of Champions award at the same show.

His previous honors include the U.S. Philatelic Classics Society’s Ashbrook Cup in 2004 and 2019 and its Distinguished Philatelist award in 2019.

Grant is the president of the American Philatelic Research Library’s board of trustees and has served on the library board for the greater part of 20 years.

From 2012-16, he served the APS as secretary of the board of directors.

Grant was among the APS leaders who signed the initial paperwork to purchase the abandoned match factory complex in Bellefonte, Pa., which has since been renovated as the American Philatelic Center, headquarters of the APS and the home of the APRL.

The APS also pointed out that Grant was involved in all aspects of decision-making for the renovation until construction was completed in 2016.

“Ken is also a proud supporter of the Campaign for Philately from its inception to present and has served on the committee consistently, with only a gap of two years,” according to the APS. The campaign serves the needs of current members, supports new and future collectors and promotes the stamp hobby.

The awards are named in honor of prominent American philatelist John N. Luff, who served as APS president from 1907 to 1909.

The recipients sign the Luff award scroll and are presented with engraved rings.