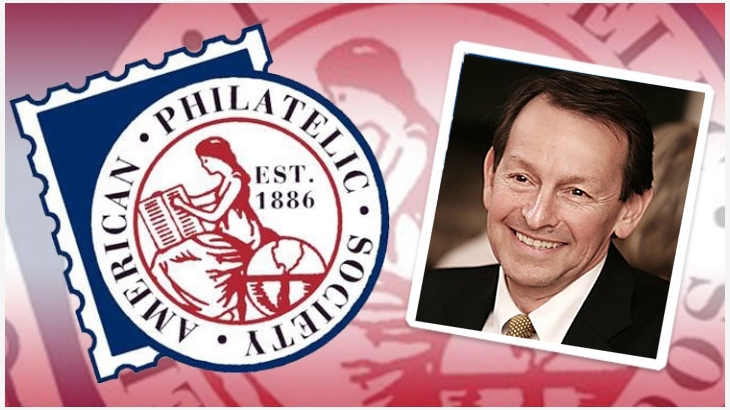 Members of the American Philatelic Society have elected Mick Zais as the next APS president.

Mick Zais of Columbia, S.C., has been elected president of the American Philatelic Society.

APS members also voted in a new board of vice presidents and all new APS directors-at-large in voting that concluded June 4.

Zais, a retired brigadier general in the United States Army and former South Carolina state superintendent of schools, defeated Ken Nilsestuen, a career CPA and former auction house owner from Akron, Ohio, who has served as the APS treasurer since 2013.

Members mailed in 3,961 ballots in the election, of which 3,951 were deemed valid. The voting, which concluded on the final day of World Stamp Show NY-2016, was down about 16 percent from the last general elections in 2013.

Newly elected as the society’s board of vice presidents are Patricia (Trish) Kaufmann of Lincoln, Del., Jeff Shapiro of Fayville, Mass., and Robert Zeigler of Indianapolis, Ind. The team gathered 2,220 votes (56.9 percent) to top the trio of John Barwis of Holland, Mich., Alex Haimann of St. Louis, Mo., and Yamil Kouri of Lexington, Mass., who received 1,676 votes (43 percent).

Haimann and Kouri are incumbents who were elected to the board of vice presidents with Zais in 2013.

In their campaign material, the newly elected team of vice presidents stressed addressing the APS debt load, funding and completing the American Philatelic Research Library project, working closely with the APRL board in unified purpose, and providing open communication with staff, both boards, and the membership.

Current APS President Stephen Reinhard, who opted not to run for re-election, will assume the board position of immediate past president that is currently occupied by former APS President Wade Saadi.

None of the four current directors-at-large — Nicholas Lombardi, Kristin Patterson, W. Danforth Walker and Steve Zwillinger — were candidates for election as APS directors.

Patterson and Zwillinger were, however, both candidates for the two APS member-elected seats on the board of the American Philatelic Research Library. Zwillinger ran as an incumbent; he is currently serving on both the APS board of directors and the APRL board of trustees.

Zwillinger, of Silver Spring, Md., was re-elected to the APRL board with 2,915 votes, and Patterson, of San Jose, Calif., was elected with 2,777 votes. Former APS Vice President Mark Banchik of Great Neck, N.Y., also ran and received 1,322 votes.

A third open position on the APRL board was elected by founders, patrons and fellows of the library, who chose Hugh Lawrence of Encinitas, Calif.

According to the APS, individuals are elected for three-year terms, may serve no more than two consecutive terms in the same position, and with the exception of the president may serve on the board in an elected capacity for no more than three terms in any 12-year period.

Nominations are made by APS chapters, or by petition, signed by at least 10 APS members who are not members of a nominating or seconding chapter, or by a combination of 10 chapters and such seconding endorsements.

On Aug. 6, the new officers and board members will be installed during the general meeting at APS Stampshow 2016, in Portland, Ore., at the Oregon Convention Center.

The terms of the new APS board members will expire in 2019.