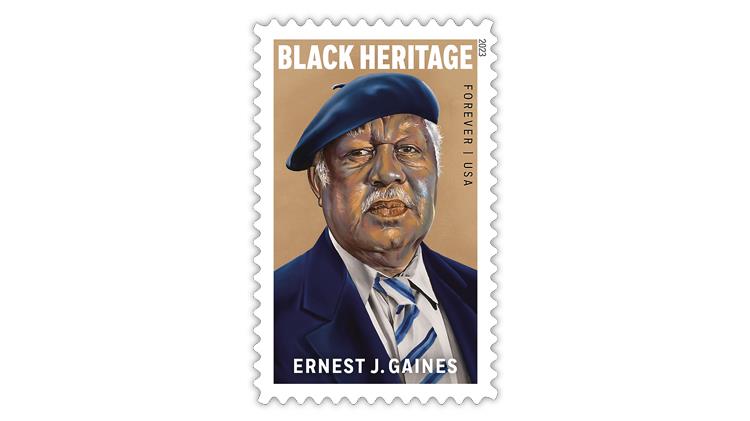 Acclaimed author Ernest J. Gaines is being honored on the 46th stamp in the United States Black Heritage series. The stamp will be issued Jan. 23 at the University of Louisiana at Lafayette. 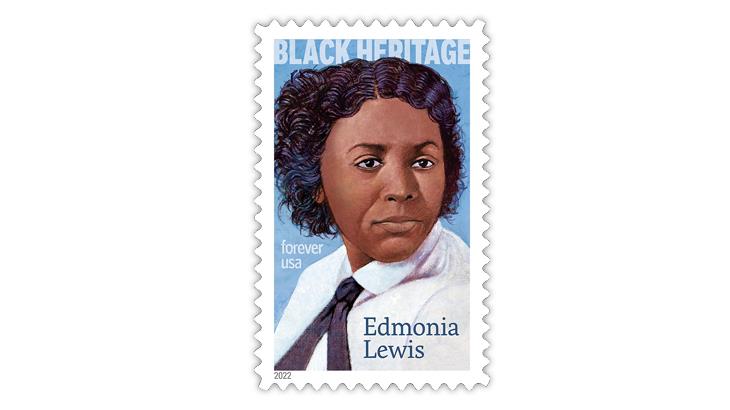 Ernest J. Gaines, the son of sharecroppers on a Louisiana plantation who went on to critical literary acclaim, is being honored on the United States Postal Service’s 46th Black Heritage stamp. It will be issued Jan. 23 in Lafayette, La.

The issuance of the nondenominated (63¢) Ernest J. Gaines forever commemorative stamp comes just one day after a postal rate increase moved the cost of a 1-ounce domestic first-class letter from 60¢ to 63¢.

An official first-day ceremony is scheduled for 11 a.m. Central Standard Time at the University of Louisiana at Lafayette, 620 McKinley St., in Lafayette. The ceremony is being held on campus in the Atchafalaya Ballroom in the University Student Union.

The ceremony is free and open to the public. Anyone interested in attending is encouraged to respond online at www.usps.com/ernestgainesbh. Attendees may invite up to a maximum of four guests, the USPS said.

According to the Postal Service, the stamp artwork is an oil painting of Gaines based on a photograph taken by Raoul Benavides in 2001. Artist Robert Peterson of Lawton, Okla., worked with designer Mike Ryan of Charlottesville, Va., under the direction of USPS art director Greg Breeding, who also resides in Charlottesville.

Banknote Corporation of America in Browns Summit, N.C., one of the Postal Service’s two contract printers, produced 35 million Ernest J. Gaines stamps that were finished into panes of 20 for subsequent sale at post offices and other retail postal outlets nationwide.

In selecting Gaines (1933-2019) for recognition on a stamp, the Postal Service drew attention to two of his most important works: The Autobiography of Miss Jane Pittman and A Lesson Before Dying.

According to the Ernest J. Gaines Center at the University of Louisiana at Lafayette, Gaines’ writing “addressed the timeless issues of class, poverty, and race which transcend the American South and which transcend America itself.”

Gaines was born Jan. 15, 1933, on the River Lake Plantation in Oscar, La., to Adrian Jefferson and Manuel Gaines. The Ernest J. Gaines Center said that when Gaines was a child “the center of his world was Cherie Quarter, the former slave quarter on River Lake Plantation, where five generations of his family had lived.”

Gaines drew heavily on his childhood experiences throughout his writing career.

When he was 15, he joined his parents in California and graduated from high school in Vallejo.

Following service in the U.S. Army, Gaines attended San Francisco State College and graduated with a Bachelor of Arts in English. He then attended Stanford University on a Wallace Stegner Creative Writing Fellowship.

In 1971, Gaines achieved critical and popular acclaim with the publication of The Autobiography of Miss Jane Pittman. The novel’s narrator is a 110-year-old former slave.

A 1974 movie adaptation of the work features Cicely Tyson in the title role. The film received nine Emmy Awards, including the best actress award for Tyson.