Believe it or not: Ripley’s Christmas birth date 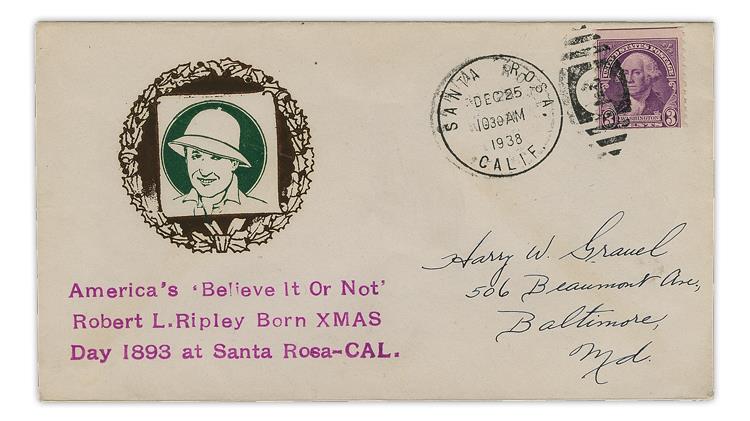 Figure 1. The 45th birthday of Robert L. Ripley, the creator of Believe It or Not!, is commemorated by this 1938 cover postmarked at Santa Rosa, Calif. 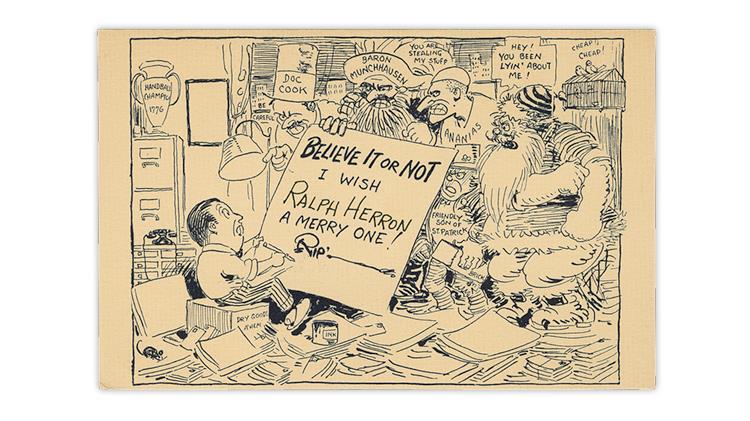 Figure 2. Ripley illustrated this 1929 Christmas card in the style used for his popular Believe It or Not! cartoon panels. 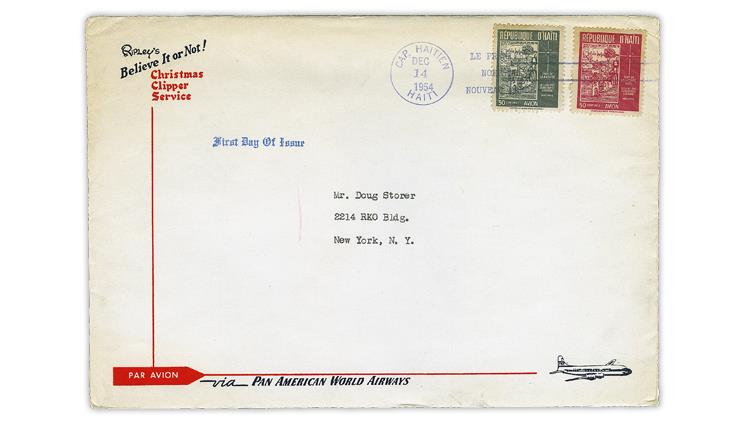 Figure 3. This 1954 first-day cover for Haiti’s 1954 airmail stamps showing a drawing of Fort Nativity by Christmas Columbus was sent by Believe It or Not! president Doug Storer to the author’s father. 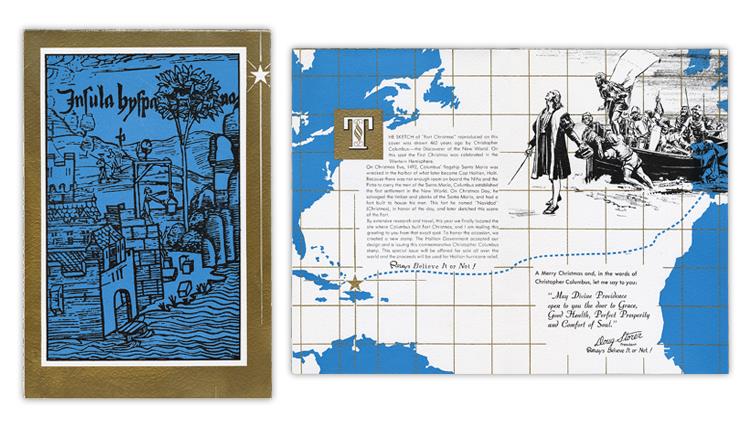 Figure 4. Enclosed inside the Haitian first-day cover pictured in Figure 3 was this Christmas card. The front of the card, shown at left, reproduces a sketch by Christopher Columbus of Fort Christmas, which he established in 1492 at what is now Cap Haitien. Information about the Columbus sketch and the stamps franking the cover is provided inside the card.
Previous
Next

Robert L. Ripley of Believe It or Not! fame was born on Christmas Day 1893, according to the 1938 commemorative cover shown in Figure 1.

The cover, which celebrated Ripley’s 45th birthday, is franked with a slightly miscut 1932 3¢ coil stamp showing George Washington from a portrait by Gilbert Stuart. It is canceled in Santa Monica, Calif., Ripley’s birthplace.

Believe it or not, other sources don’t agree on his birthday or his birthplace. For example, the Wikipedia entry says that Ripley was born Feb. 22, 1890, in Santa Rosa, Calif.

He created the Believe It or Not! newspaper panel series in 1918, and it still exists.

At the peak of its popularity, the syndicated feature was read daily by about 80 million people, and during the first three weeks of May 1932 alone, Ripley received more than 2 million pieces of fan mail.

With thanks to Linn’s reader Robert Munshower, who provided the 1938 cover, I’m also able to show a 1929 Christmas greeting card that Ripley illustrated in his signature style. Figure 2 shows the card. It was in an envelope canceled in Santa Claus, Ind., with a handstamp that reads, “Believe it or Not this is a letter from Santa Claus.”

When Ripley passed away in 1949, Douglas Storer became president of Ripley’s empire. In my collection is the 1954 Christmas card in Figure 3 sent from Storer to my father, Howard Hotchner, then with the U.S. Information Service, assigned to the American Embassy in New Delhi, India.

The Christmas card was enclosed in the envelope shown in Figure 4. A first-day cover for two stamps issued Dec. 14, 1954 (Haiti Scott C91-C92), it was sent from Cap Haitien, Haiti, by Pan American World Airways.

The inside of the card provides more information: “The sketch of ‘Fort Christmas’ reproduced on this cover was drawn 462 years ago by Christopher Columbus — the Discoverer of the New World. On this spot the First Christmas was celebrated in the Western Hemisphere.

“On Christmas Eve, 1492, Columbus’ flagship Santa Maria was wrecked in the harbor of what later became Cap Haitien, Haiti. Because there was not enough room on board the Nina and the Pinta to carry the men of the Santa Maria, Columbus established the first settlement in the New World. On Christmas Day, he salvaged the timber and planks of the Santa Maria, and had a fort built to house his men. This fort he named ‘Navidad’ (Christmas) in honor of the day, and later sketched this scene of the Fort.

“By extensive research and travel, this year we finally located the site where Columbus built Fort Christmas, and I am mailing this greeting to you from that exact spot. To honor the occasion we created a new stamp. The Haitian Government accepted our design and is issuing this commemorative Christopher Columbus stamp. This special issue will be offered for sale all over the world and the proceeds will be used for Haitian hurricane relief.

“A Merry Christmas and, in the words of Christopher Columbus, let me say to you: May Divine Providence open to you the door to Grace, Good Health, Perfect Prosperity and Comfort of Soul.”

Indeed, the stamps on the cover from Haiti also have a representation of the scene on the front of the card.