Beston to run for re-election as FIP president in 2022 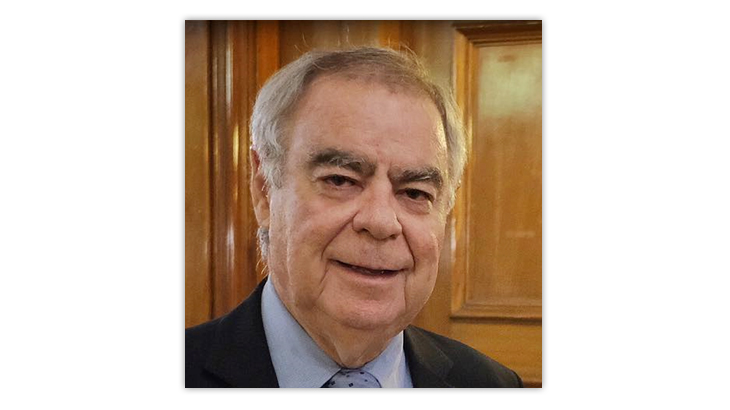 Bernard Beston, the current president of the International Federation of Philately.

Bernard Beston, the current president of the International Federation of Philately (FIP), said he will run for re-election when his term expires in August 2022.

The FIP is an international governing body whose aim is to promote philately, philatelic exhibitions and maintain close relations with the philatelic trade and postal administrations. One of its major, and sometimes controversial, influences is in the area of exhibit judging.

“I shall be a candidate for re-election at the 76th FIP Congress on August 9, 2022 in Jakarta, Indonesia,” Beston wrote in a recent email to Linn’s.

Within the first three months of his presidency, Beston visited the United States, Vietnam, China, Russia, Moldova, Italy, Switzerland, Slovenia and Croatia to meet officially with collector bodies. He has met twice with the American Philatelic Society board, a first for any FIP president, and said via email that only the worldwide COVID-19 pandemic prevented him from visiting more members.

Beston noted that “2022 is flooded with exhibitions, following the pent-up situation [due to the pandemic] of 2020-21.”

He said that in 2022 “we have world exhibitions in Dubai, London, Budapest, Lugano, Toronto, Jakarta, Cape Town and Liberec. That is a total of eight. Never ever happened before in the history of FIP.”

Exhibitions are the FIP’s major source of promotions and a major income source. Upcoming world exhibitions are scheduled for 2023 in Germany and 2026 in Boston.

In his email, Beston said he will propose the following points as part of his re-election campaign:

“New classes of first day covers (or a similar name to incorporate Commemorate Cancels) and cinderellas.

“Continue with the FIP Jury Academy; and create a follow-up course for all accredited jurors.

“FIP financial sponsorships for regional exhibitions will be continued and expanded. These were first proposed by me when I was the vice president.

“Introducing two-frame (trialed in the recent NOTOS Exhibition in Greece) and 10-frame exhibits (already a feature at APS shows).

“Establish a Unit to develop videos and YouTube presentations on stamp collecting and philately.

“Continue my co-operation with the Universal Postal Union and the International Stamp Dealers Association.

“Welcome any proposals from our members that improve our hobby and extend its reach into the community.”

Beston is an accredited national and international judge, and an international award-winning exhibitor with gold and large gold awards at international shows. He took office as president of the FIP in January 2019.