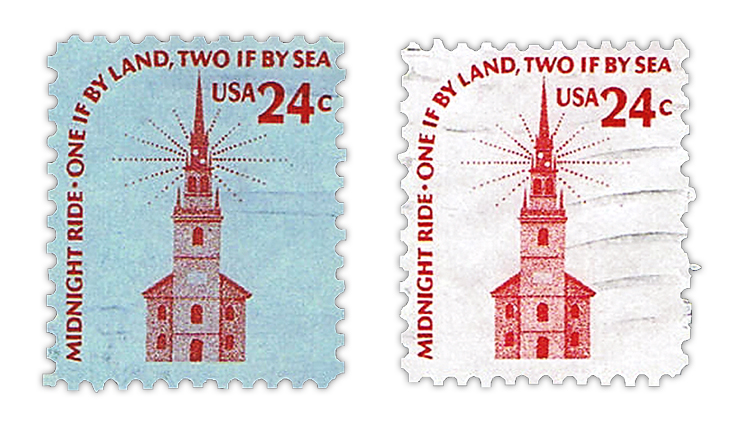 Figure 1. Beware of white-paper versions of stamps that were issued on colored paper, such as the 1975 United States 24¢ Old North Church definitive stamp printed on blue paper. 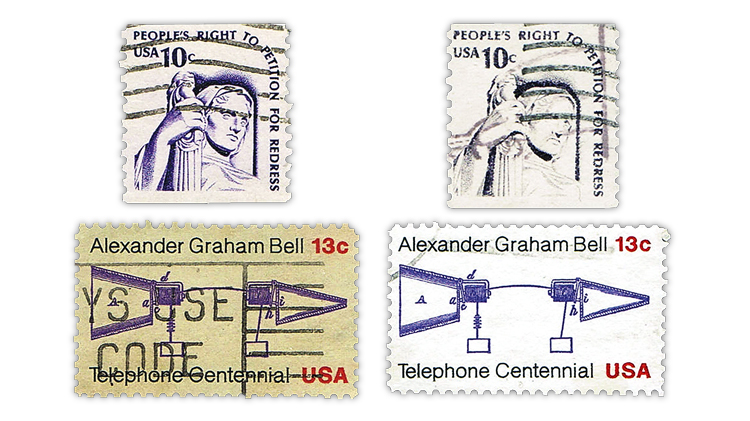 Figure 2. The paper color also was removed from examples of the United States 10¢ People’s Right to Petition for Redress Americana series definitive stamp and the 1976 13¢ Telephone Centenary commemorative stamps.
Previous
Next

Starting last month (Linn’s, April 15 issue), I began looking at stamps that are not what they seem to be in the monthly expertizing column. The objective is not to create distrust, but to recognize that knowledge is power.

This month’s examples are colored-paper issues that are offered as rare white-paper examples.

The most often seen of these is the 24¢ Old North Church stamp issued in 1975 (Scott 1603) as part of the Americana definitive series of 1975-81. The original and the white-paper versions are shown in Figure 1.

Note that the white-paper examples are all used. There is a reason for this. The process of removing the paper color also removes the gum, so that mint examples cannot exist. If a genuine error did exist, you would expect to see mint examples.

In fact you would expect to see a lot of examples of the error because it would not have occurred on a small number of stamps, but rather a portion of a print run with hundreds of examples at a minimum. There would probably be enough examples to be scarce but available.