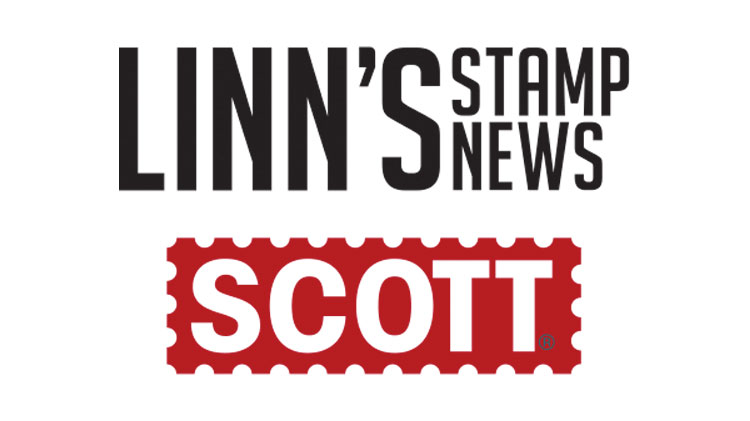 Scott and Linn’s Stamp News are both owned by Amos Media Company of Sidney, Ohio.

Linn’s Stamp News editor-in-chief Jay Bigalke will become editor-in-chief of both Linn’s and the Scott catalogs and album line Sept. 3. Bigalke returned to Linn’s in 2017, after serving as editor of the American Philatelist from 2014 to 2017.

The announcement was made by Rick Amos, CEO of Amos Media Co., the parent company of Linn’s, Coin World, and the Scott catalogs.

After 46 years as a stamp editor for Amos Media, Scott editorial director Donna Houseman is stepping aside. Scott and Linn’s are both owned by Amos Media Company of Sidney, Ohio. Houseman, who has edited the Scott line of catalogs since 2015, will remain with Amos Media as editor-at-large of both Linn’s and Scott. She will continue to support the Scott Classic Specialized Catalogue of Stamps and Values 1840-1940.

“Jay’s vision and leadership will be important as we implement new strategies to serve the stamp hobby,” Amos said.

Bigalke started his philatelic journalism career at Linn’s, where as senior editor he covered U.S. stamp stories. Since returning to Linn’s, he led the team in the recent redesign of the weekly newspaper and monthly magazine.

“In addition to lending support for the Scott Classic Specialized catalog, Donna will continue to work with the stamp team and me on special projects,” Amos continued. “Amos Media has aggressive initiatives planned for the next year or two, and she will play an important role as an advisor.”

Houseman oversaw the reorganization of the Scott Standard Postage Stamp Catalogues. Beginning with the 2018 edition, each volume of the six-volume Scott Standard catalog was split into two volumes, A and B. This change alone represented a reduction in weight for each book by almost 50 percent, making the catalogs easier to reference, transport and store.

Houseman has held several roles at Amos Media. Her Philatelic Gems columns in Linn’s, detailing the world’s most intriguing and rarest stamps, were compiled in a five-volume set of books titled Philatelic Gems. She developed and edited the Linn’s Handbook series and was instrumental in the development of Linns.com and ZillionsofStamps.com. She served as editor of Linn’s U.S. Stamp Yearbooks, the Linn’s Handbook series and more than 50 books.

In 2017, Houseman was inducted into the American Philatelic Society Writers Unit #30 Hall of Fame.

“I am leaving the catalogs in capable hands,” said Houseman. “The Scott editorial team combined has more than 100 years’ experience in the stamp hobby.”

Charles “Chad” Snee has been named editor of the catalogs, and Tim Hodge is the new managing editor. Other members of the Scott editorial team are Martin J. Frankevicz, senior editor/new issues and valuing, and James E. Kloetzel, editor emeritus, former editor of the catalogs and an independent contractor who supports the Scott Specialized Catalogue of United States Stamps and Covers and the Scott Canada stamp listings.

Michael Baadke remains as editor of Linn’s, and Denise McCarty is senior editor.