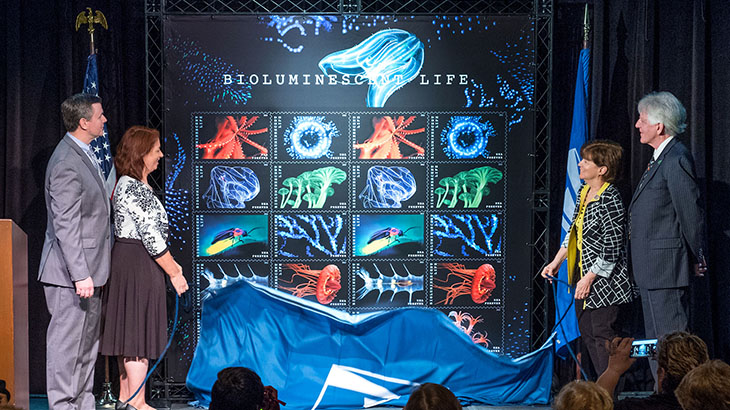 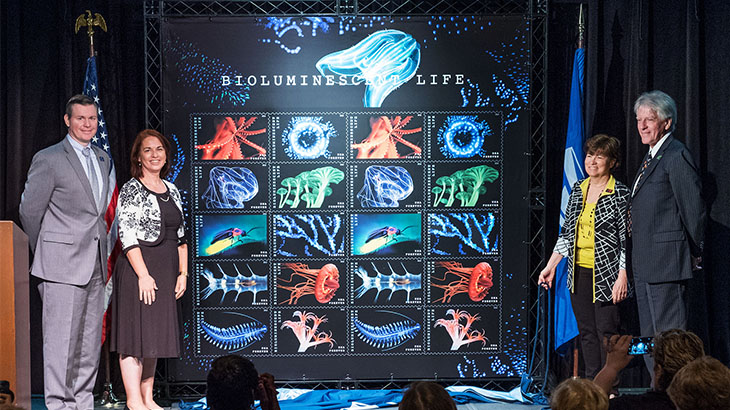 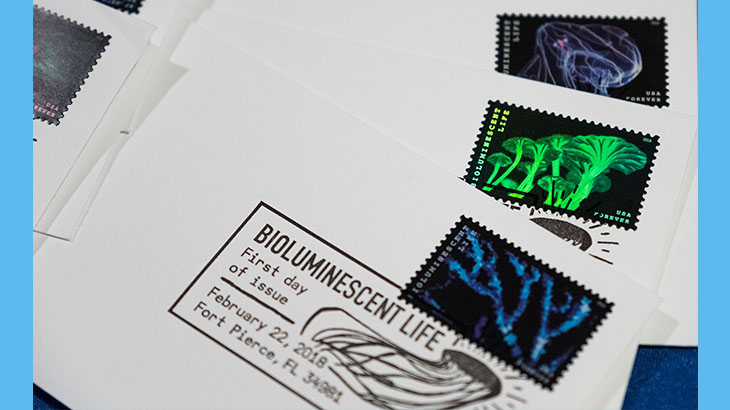 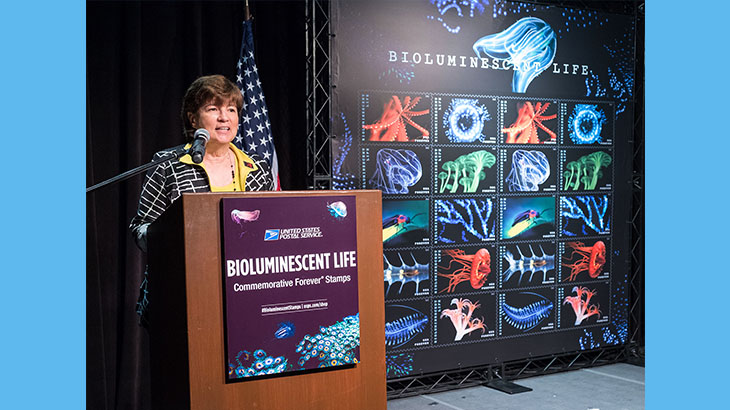 Dr. Edith Widder, an ocean research scientist who contributed seven of the images that appear on the stamps, participated in the ceremony. Photos by Daniel Afzal, U.S. Postal Service. 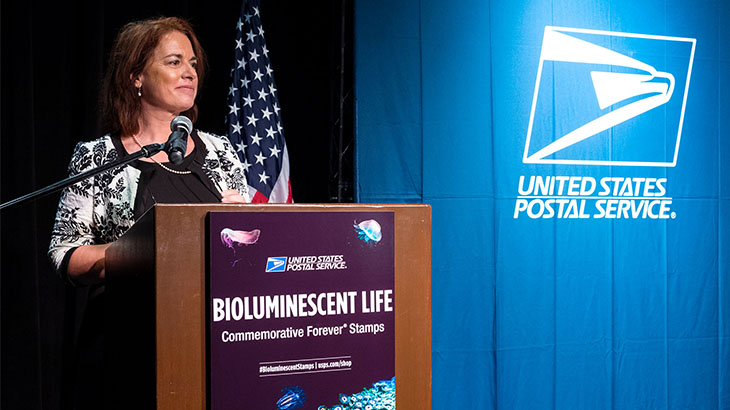 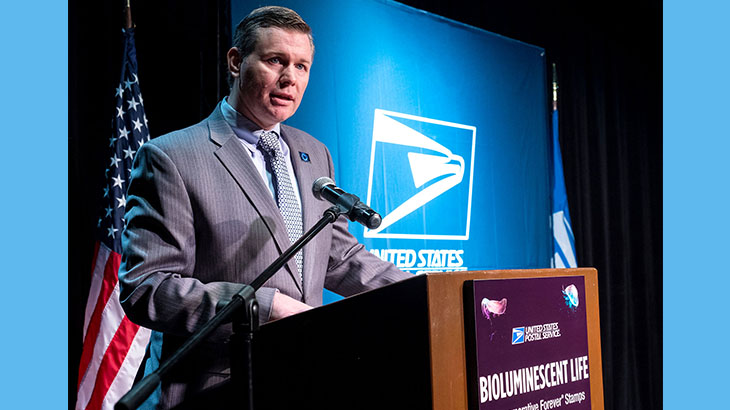 Williamson said the stamps were issued “to celebrate the amazing species that generate their own light — one of the most thrilling displays in our nature ... The 10 images in this series were made possible thanks to the advances in deep ocean exploration and new photographic techniques that could fully capture these incredible glowing creates.”

Dr. Edith Widder, CEO and senior scientist at the Ocean Research & Conservation Association (ORCA), photographed seven of the species featured on the stamps. Dr. Widder has appeared on Ted Talks, PBS, The Discovery Channel and more, and spoke at length at the event about these amazing creatures.

Dr. Widder said many misconceptions about bioluminescent life exist, one being the idea that their light is too dim to see. To disprove this notion, she brought living bioluminescence with her and — after the lights were turned off — she gently swirled the glass container until the water glowed a bright blue.

Stamp photographer Taylor Lockwood was also in attendance. Lockwood photographed the cluster of mushrooms (Mycena lucentipes) featured on one of the 10 stamps.

The nondenominated (50¢) forever stamps were issued in a pane of 20. For more information on the stamp set, click here.