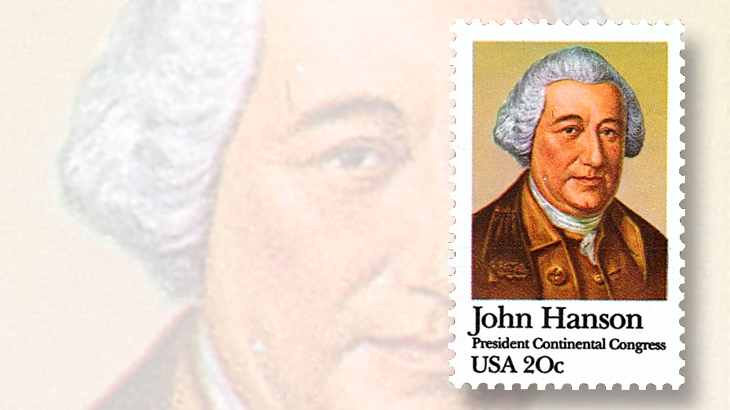 Hanson, who was born April 14, 1715, in Charles County, Md., is identified on the 20¢ stamp as “President Continental Congress.” The stamp was issued 200 years to the day after Hanson took office.

This has inspired more than a few claims that John Hanson, not Washington, was the country’s first president. But while Hanson served as the presiding officer of Congress, the federal government of the United States was not even founded until 1789, more than five years after Hanson died at age 68 on Nov. 15, 1783. And while Hanson was the first president of the Continental Congress to serve under the 1781 Articles of Confederation, others had served in the office before him.

Though he wasn’t the country’s first president, he was an important political leader and patriot during the American Revolution.