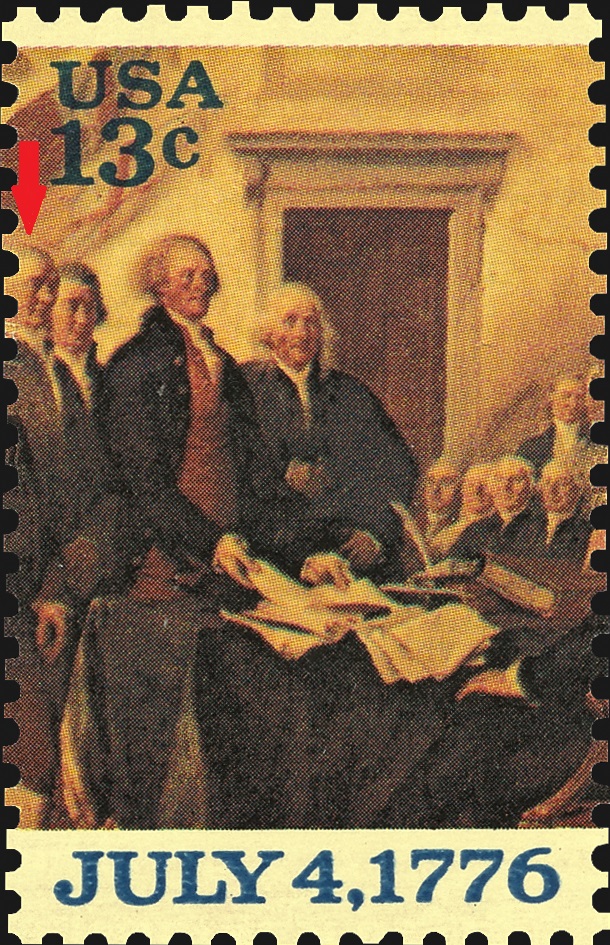 Roger Sherman, born April 19, 1721, in Massachusetts, was a Founding Father of the United States, and served on the Committee of Five that drafted the Declaration of Independence.

Sherman is known for being the only man who signed the four great documents of the American Revolution: the 1774 Continental Association, the 1776 Declaration of Independence, the Articles of Confederation (ratified in 1781), and the U.S. Constitution (ratified in 1788).

The self-taught Sherman was a successful lawyer and judge in Connecticut, and was a member of the Continental Congress (1774-81 and 1783-84) before becoming a member of the U.S. House of Representatives in 1789, and the U.S. Senate in 1791.

Despite his prominence in the formative years of the nation's history, Sherman has not been honored independently on a U.S. stamp, unlike his four compatriots on the Committee of Five: John Adams, Benjamin Franklin, Thomas Jefferson and Robert Livingston.

But because of his role, he can be seen in any of the several U.S. stamps that reproduce John Trumbull's painting Declaration of Independence, which shows the Committee of Five presenting the draft of the Declaration to Congress. On Scott 1393, the third 13¢ stamp in the Declaration of Independence four-stamp issue of 1976, Sherman stands along the perforations on the left edge, next to Livingston, who is positioned between Sherman and Jefferson.