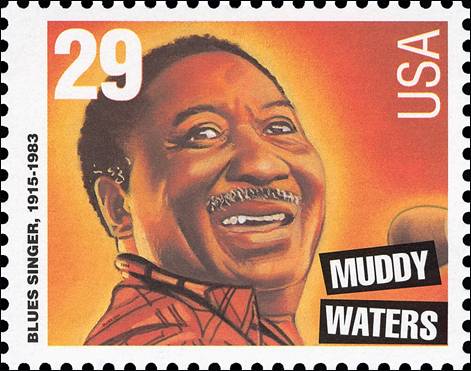 Legendary musician, singer and songwriter Muddy Waters was an integral link between the Delta blues music of the 1940s, the urban blues of Chicago, and the emergence of rock 'n' roll.

He was born McKinley Morganfield on April 4, 1913, in or near Issaquena County, Miss., though numerous sources list his birth year as 1915. His mother died not long after his birth, and he was raised by his grandmother on a plantation just outside of Clarksdale, Miss.

With his fame growing, Waters began recording in 1946; his 1948 single "I Can't Be Satisfied" was an early hit on the Aristocrat label, later renamed Chess Records.

Waters was a dynamic pioneer of the electric blues, greatly influencing a new generation of young musicians led by the Rolling Stones, who took their name from the 1950 single "Rollin' Stone" written and recorded by Waters.

Waters won six Grammy Awards during the 1970s; he died in 1983. He was inducted into the Rock and Roll Hall of Fame in 1987, and was honored with a Grammy Lifetime Achievement Award in 1992.