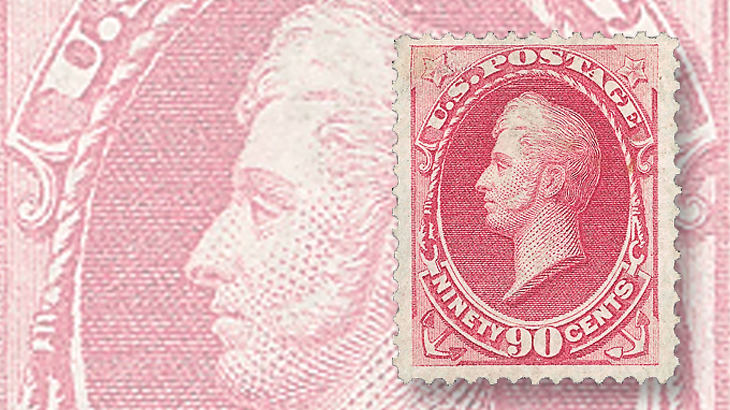 Commodore Oliver Hazard Perry was born into a naval family on Aug. 23, 1785, in South Kingstown, R.I. Perry served as a midshipman on his father’s ship at age 13, was promoted to lieutenant at age 17, and was supervising gunboat construction just a few years later.

Perry married Elizabeth Champlin Mason in 1811. As the War of 1812 began, Perry’s naval duties brought him to the Great Lakes, where he constructed a fleet on Lake Erie that would meet the British in battle in 1813.

Perry engaged the enemy on Sept. 10, in a scene preserved 100 years later on the Battle of Lake Erie forever stamp, which shows Perry in a small boat, transferring from the disabled USS Lawrence to assume command of the USS Niagara (Scott 4805). Perry’s message to Gen. William Henry Harrison following the engagement, “We have met the enemy and they are ours,” has been engraved in the annals of history.

The decisive battle victory led to a British retreat, American domination of the Great Lakes, and the end of the war.

After the war Perry served in the Mediterranean and the South Atlantic. He contracted yellow fever in the Caribbean, and died on his 34th birthday in 1819.