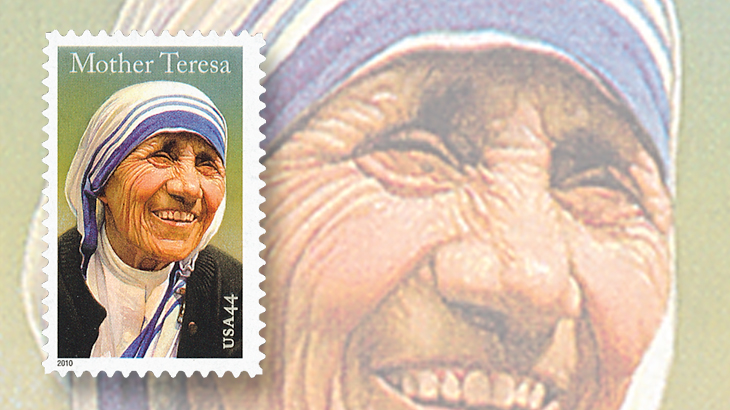 Mother Teresa, the Roman Catholic nun who established humanitarian services for the poor in India and other countries around the world, was born Agnes Gonxha Bojaxhiu on Aug. 26, 1910, 105 years ago.

Mother Teresa was born in the Ottoman city of Uskup, now Skopje, in Macedonia. At age 18 she joined the Sisters of Loreto and was sent to India. She took her vows as a nun, and served for many years as a teacher in Kolkata (Calcutta).

Beginning in 1948 she followed a calling to serve those in poverty by founding a new order called the Missionaries of Charity, adopting Indian citizenship, and creating hospices, schools, clinics, nursing homes and other facilities that would care for the destitute.

For her efforts, Mother Teresa was awarded the Nobel Peace Prize in 1979. She received honorary United States citizenship in 1996.

She died in 1997, just one week after her friend Diana, Princess of Wales, was killed in an automobile crash at age 36.