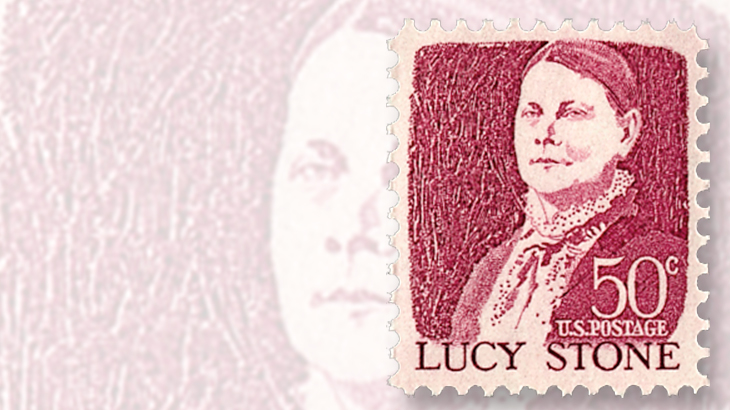 Women's rights advocate Lucy Stone was honored on a 50¢ definitive stamp in 1968.

Stone studied at Oberlin Collegiate Institute, now Oberlin College in Ohio, and began speaking out publicly about women’s rights in 1847.

“Lucy Stone’s lecturing and writing career in the interest of the legal rights of women spanned nearly a half century,” the U.S. Post Office Department noted when the stamp honoring her was issued. “She was also active in the anti-slavery and temperance movements.”

Stone was the editor of the weekly Women’s Journal, and helped to bring about the first National Woman’s Rights Convention, in 1850.