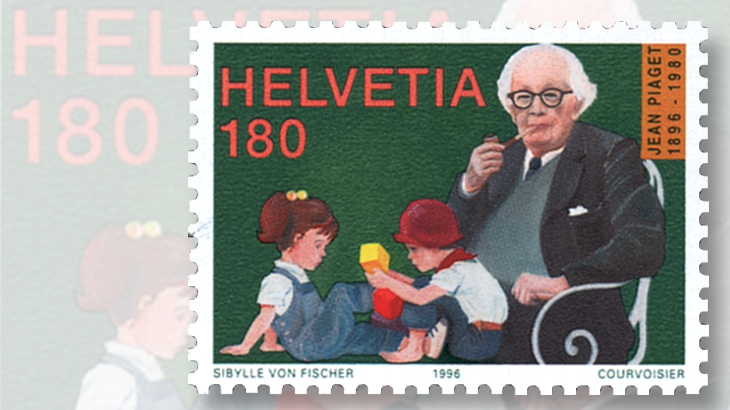 Child psychologist and education researcher Jean Piaget, honored on a Swiss stamp from 1996.

Jean Piaget was the longtime director of the International Bureau of Education and a clinical psychologist who studied young children and considered how their educational environment could be improved.

Piaget was born Aug. 9, 1896, in Neuchatel, Switzerland. As a youngster he developed an interest in animal life and contributed as a volunteer at the Neuchatel Museum of Natural History. He studied at the University of Neuchatel, where he earned his doctorate in zoology at age 22.

As a teacher in Paris, he began to observe the thought processes of developing children, and turned his focus to child psychology, which he studied further in Geneva. He recognized stages of cognitive development in children and the significant role of play in that development.

In 1929 he was named director of the International Bureau of Education and remained in that position until 1968. As director he stressed the importance of education worldwide, and his published observations continue to impact how international educational processes are shaped.