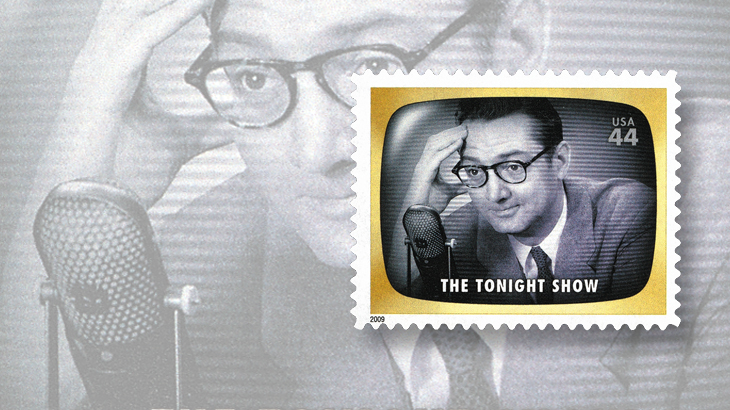 Allen forged a career as a popular entertainer with roles on the radio and on television, as a musician and songwriter, and as a best-selling author.

During World War II, Allen was trained as an infantryman in the U.S. Army at Camp Roberts, Calif.

He began his entertainment career on the radio, first in Arizona, and then with a comedy program in Los Angeles.

In 1954, Allen was offered The Tonight Show, a new program on the NBC television network, which he hosted for two and half years. He did celebrity interviews and performed comedy bits, soon branching out with a new Sunday night variety program, The Steve Allen Show.

That program and a later version in the 1960s cemented Allen’s popularity as a sharp-witted comic entertainer. He wrote thousands of songs and more than 50 books on a wide range of subjects. He continued to appear on television regularly with his own programs and as a popular guest.

Allen was married to Dorothy Goodman from 1943 to 1952 and had four sons. He married actress Jayne Meadows in 1954, and they remained married until his death in 2000.

On Oct. 24, 2000, Allen participated in the Los Angeles first-day ceremony for the 33¢ Edward G. Robinson stamp (Scott 3446), performing Gershwin tunes on the piano. Six days later he suffered a heart attack and died on Oct. 30.